Lipstick Under My Burkha Release Is A Victory For Women's Rights: Director To Foreign Media 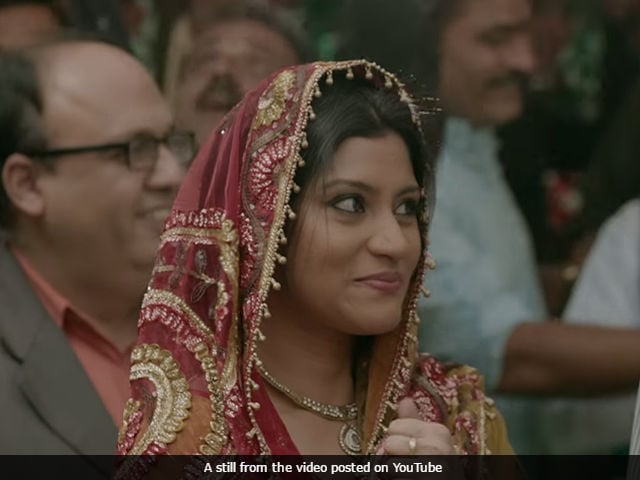 Mumbai: The release of a Hindi movie exploring female sexuality in India this week after a battle with the country's film censors is a victory for women's rights, its director said. Lipstick Under My Burkha will hit screens on Friday, five months after the country's notoriously prudish and much-maligned censor board refused to certify it for being "lady oriented." The movie tells the story of the secret lives and desires of four women - including a college student who wears a burkha, and a 55-year-old who rediscovers a sex life after the death of her husband.

"I feel that the release is not just about Lipstick but is also a victory and celebration that women can tell their stories," director Alankrita Shrivastava told AFP on Monday. "It's not just about my film and our cast and crew. If it had not released (then) that would have set a precedent that it's okay to gag 50 percent of the population," she added.

India's censor board, the Central Board of Film Certification (CBFC), sparked uproar in February when it blocked the movie, saying it was "lady oriented, their fantasy above life". The ruling was widely mocked on social media.

The board, which has a history of barring movies it deems too racy or at risk of causing religious offence, complained of "sexual scenes, abusive words, audio pornography (phone sex)". It also implied the film might offend Muslims.

Critics, however, pointed out the board regularly approves adult comedies containing derogatory jokes about women that are directed by men and target India's predominantly young, male cinema-going audience.

Shrivastava was outraged at the decision and challenged it at an appeals tribunal, which in April cleared the film for release, albeit with a few cuts, such as reducing the length of some sex scenes.

The Film Certification Appellate Tribunal ruled that Lipstick Under My Burkha was suitable for anyone aged 18 or over and should be given an adult rating.

The film has aired at more than 35 film festivals worldwide, including the Tokyo International Film Festival where it won an award last year.

Shrivastava said she was "excited, happy and also a little nervous" about the movie finally showing in cinemas in its home country.

Promoted
Listen to the latest songs, only on JioSaavn.com
"It always makes you wonder what people are expecting but that's only until Friday and then it will be clear what the film is and how ridiculous all this drama was," she said.