Litchi sales worth at least Rs 100 crore have suffered following reports that the fruit contained toxins that caused Acute Encephalitis Syndrome (AES), which led to over 160 deaths in Bihar. 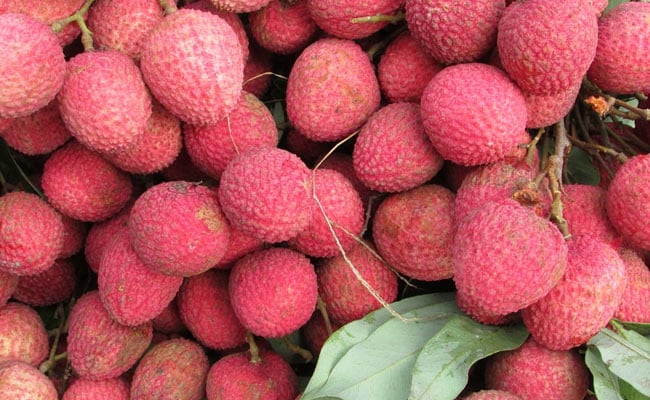 By one estimate, 52 per cent of the country's entire litchi is grown in Bihar

The luscious litchi has become an uncanny victim of unsubstantiated claims, which have affected both its cultivators as well as sellers in a place where it is abundantly grown.

Litchi sales worth at least Rs 100 crore have suffered following reports that the fruit contained toxins that caused Acute Encephalitis Syndrome (AES), which led to over 160 deaths in Bihar.

The AES deaths occurred late into the litchi season, but unverified reports about Methyl Cyclopropyl Glycine (MCPG), a naturally occurring toxin also known as hypoglycin in the succulent fruit, causing death have devastated its cultivators.

Owner of a litchi orchard told IANS: "A box of litchi that sold for Rs 800-1,000 is now selling for Rs 100-200. A lot of fruit was wasted as it found no buyers. With no one to buy, we've stopped plucking the fruit and tonnes of it went bad on the trees itself."

K.P. Thakur, the owner of Litchica International Private Limited told IANS that wholesalers had been forced to cut down purchases following sudden drop in sales.

Bachcha Singh, President, Bihar Litchi Producers Union said: "Last year, the Central government's intellectual Property Rights Department granted Bihar the patent for Shahi Litchi, following which the state government initiated steps to obtain a Geographical Indication (GI) tag for the variety. Shahi Litchi is a juicier and pulpier variety of the fruit grown in and around Muzaffarpur district. This year, a few uninformed politicians and journalists have given it a bad name."

Singh was referring to State Agriculture Minister Prem Kumar, who insisted on a probe into links between litchi and Acute Encephalitis Syndrome (AES) even though the director of Muzaffarpur-based National Research Centre on Litchi (NRCL) Vishal Nath categorically denied any such connection.

By one estimate, 52 per cent of the country's entire litchi is grown in Bihar. "At least 32,000 hectares of land in Bihar is under litchi cultivation, which provides employment to over one lakh people. It's a 200-crore business a season. But business worth Rs 100 crore has been hurt since rumours about toxins started," Singh added.

Retailers too feel the pinch. "The business has halved. The prices have fallen from Rs 100-150 per kg to Rs 40-50 per kg. We're still not getting customers," said a retailer here.

"The demand has fallen to 60-70 per cent. I have stopped ordering litchi since the past week," said fruit merchant Mohammed Mustafa.

Some traders also see a conspiracy into it. Litchi cultivator S.K. Dubey, a recipient of the state government's Kisan Bhushan award, said: "The southern states produce mangoes in the summer months when litchi arrives in the market. And litchi sales have picked up big time in the south over the past few years. It could be a conspiracy by the mango traders down south to give litchi a bad name and benefit at its expense."