"Like-Minded But Not Ally": Trinamool Objects To Congress Pick For Veep

Trinamool Congress skipped the Opposition meeting to choose their vice-presidential election candidate and alleged they were informed 20 minutes before the announcement. 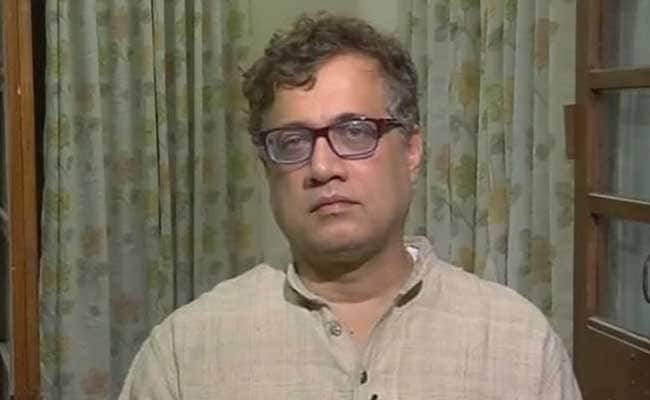 Trinamool Congress MP Derek O'Brien on Friday demanded the Congress should view the Mamata Banerjee-led party as "equal partners" as he objected to the way the joint Opposition candidate for the vice presidential poll was chosen.

The Trinamool Congress (TMC), which skipped the Opposition meeting to choose their vice-presidential election candidate, has alleged that they were informed of the choice barely 20 minutes before the press conference to announce the name was to be held.

Mr O'Brien, the leader of the Trinamool Congress Parliamentary Party said the TMC had announced on July 16 that it will take a decision on the vice-president candidate in its meeting on July 21.

The meeting of the Opposition parties to choose their joint candidate for the vice-presidential polls was convened by the Congress. It was during the meeting that attempts were made to contact Ms Banerjee and other TMC MPs, including Mr O'Brien, Opposition leaders said.

Derek O'Brien said, "We have the highest regard for Margaret Alva and we respect her legacy. However, we have opposed the manner and method in which the candidate was decided." "We all are like-minded parties and the objective is to defeat the BJP. These like-minded parties are of two categories. One consists of the electoral allies of the grand old party -- the DMK in Tamil Nadu, RJD in Bihar, NCP and Shiv Sena in Maharashtra, and the CPI(M) in West Bengal.

"While the TMC is like-minded' it is not an electoral ally of the grand old party. The grand old party should view the TMC as an equal partner and in that spirit let us agree on issues and strategies of the bigoted BJP government," Mr O' Brien said.

Meanwhile, the CPI has alleged that the TMC has exposed fissures in the Opposition unity by deciding to abstain from the vice-presidential election.

The TMC, while announcing its decision, said it does not agree with the way the Opposition candidate was decided without keeping it in the loop. Leaders of Opposition parties, however, contended that they were in touch with Mamata Banerjee on the issue.

"Even during the meeting (of opposition parties) Sharad Pawar called up Mamata Banerjee and was told that she is in an official meeting online. Then Congress leader Jairam Ramesh spoke to some MPs, including Derek O'Brien, and they all sought two to three days to get back with a decision.

We were given to understand that they will support joint Opposition candidate Margaret Alva. Their reason for abstaining is not true," CPI leader D Raja said.

He wondered why the TMC abstained from the vice-presidential election when the NDA candidate was Jagadeep Dhankhar who, a West Bengal governor, was in constant battle with the Mamata Banerjee-led party.

"Was the fight of the TMC with the then Governor only a shadow fight? It is Mamata Banerjee who has to justify the message that she is giving out by abstaining. She has to justify her political plank of moving away from the Opposition parties. She is the reason that the cracks in opposition unity are showing. She has to answer many questions," Mr Raja said.