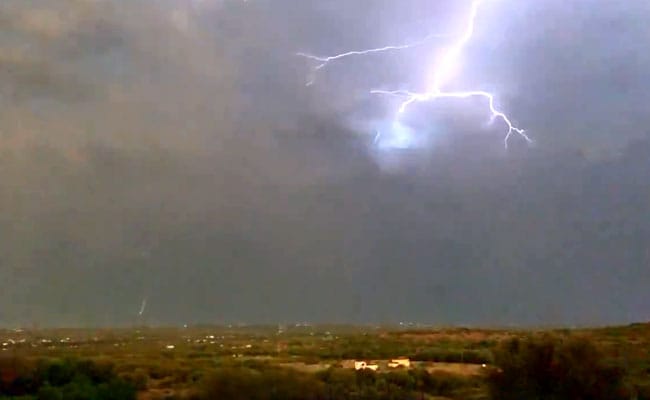 Seven people were killed in Kanpur, four in Jhansi, three in Hamirpur. (Representational)

As many as 32 people were killed in Uttar Pradesh due to lightning on Sunday, said officials.

A day earlier, the lightning had claimed one life in the state, while two others had died of snake bites on July 18 and 20 respectively, the statement said.

Thirteen others were injured due to lightning, the statement added.

The Sunday's lightning victims included seven each in Kanpur and Fatehpur, five in Jhansi, four in Jalaun, three in Hamirpur, two in Ghazipur and one each in Jaunpur, Pratapgarh, Kanpur Dehat and Chitrakoot, the statement added.

Among the three who died earlier, one was killed due to lightning in Deoria, while one lost his life to snake bite on in Kushinagar on Saturday.

Yet another person had died of snake bite on July 18 in Ambedkarnagar, the government statement said.

Chief Minister Yogi Adityanath expressed sorrow over the loss of lives in the state and has issued orders to the respective district magistrates to give a compensation of Rs 4 lakh to each of the families of victims.

He also directed officials to ensure that the injured persons get adequate treatment, and that there should be no laxity in execution of relief works, the statement said.