'Let Them Die In A Bombing': Kerala Families Whose Members Joined ISIS 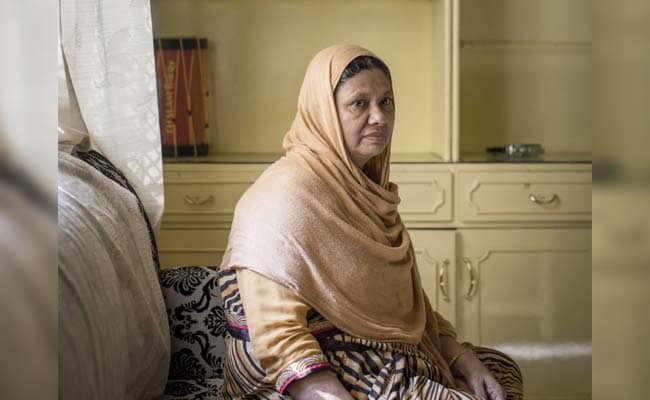 Hafsath, mother of two men who left with their wives and children to join the ISIS. (The Washington Post)

Padanna, India: The aspiring jihadists began leaving here quietly in May, slipping away in twos and threes to avoid suspicion.

By the time their relatives realized they were missing, five families - some with small children - had left their comfortable bungalows and jobs as doctors and businessmen to make the perilous journey to Islamic State-controlled territory in Afghanistan.

Authorities believe 19 adults and three children settled in Nangarhar province, on the mountainous border with Pakistan. Their departure has raised alarms about the Islamic State's reach in India as well as growing extremism in Kerala, a southern state with deep ties through migrant workers to the Arab Gulf.

Two of the Keralites have been killed by drones in Nangarhar, including one as recently as April 11, family members say. Then, on April 13, American forces dropped a Massive Ordnance Air Blast bomb on a cave complex where militant commanders were believed to be hiding.

In the ensuing devastation, 13 Indian nationals were among the 94 who died, Afghan authorities say, but whether any of the Indian victims were from the Kerala cell has not been determined. Families have hope - a voice message one son sent to his father this week said they had all survived.

Nevertheless, most have accepted they will never see their relatives again.

"Let them die in a bombing!" said Abdul Rahman Hamza, 66, the devastated father of a doctor and a school employee who took their pregnant wives and his 2-year-old grandson to the remote Afghan region. "What they are doing is not Islamic. The real Islam doesn't promote terrorism." Abdul Rahman Hamza's two sons left with their wives and children for Afghanistan. (The Washington Post)

An estimated 100 Indians have left to fight for the Islamic State in Syria, Iraq and elsewhere, according to Ajai Sahni, the executive director of the Institute for Conflict Management in New Delhi, a fraction of the foreign fighters who have taken up the cause in the past two years.

The terrorist group is considered to be less of a threat to India than other terrorist organizations based in neighboring Pakistan such as Lashkar-e-Taiba, the group responsible for the siege of Mumbai in 2008, according to Sahni.

Still, there are worrying signs: at least 10 suspected Islamic State activists were detained in a six-state sweep Thursday. And after a suspected militant was killed in a shootout with police in March, a pro-Islamic State Telgram channel exhorted other Muslims to carry out attacks in India, according to a report from the SITE Intelligence Group. "Kill them, Stab them, hit them with a car, Use guns, Weapons anything you have. And make them weak, Shed their . . . blood like water," the message said.

The sun-dappled state of Kerala - a tourist haven of meandering backwaters and shimmering beaches - has long been one of India's most diverse and educated states. But in recent decades, a more extreme form of Islam has taken root, authorities say, spurred by migrant workers returning from the Middle East.

An estimated 2.2 million Keralites work in Gulf nations; they sent home $10 billion in remittance money in 2016, according to the Center for Development Studies in Thiruvananthapuram, Kerala's capital.

The decades-old link has wrought changes large and small. Three international airports ferry workers to Dubai, Saudi Arabia and elsewhere on a daily basis, while, back home, the workers build towering villas with their earnings and more and more Muslim women don the full black burqa. The oldest mosque in Padanna's district, a humble structure in the local style, is being obscured by new domes and minarets.

In Padanna, Hamza's sons and others began attending Koran classes at a school organized by Abdul Rashid Abdullah, 30, an engineer who had left a private sector job to teach. Abdullah had embraced a strict form of Islam called Salafism after the death of his first child, according to Alok Mittal, the inspector general of India's National Investigation Agency.

In the months before they disappeared, the brothers - studious Ijas Abdul Rahman, 34, a doctor, and his more outgoing younger brother Shiyas Abdul Rahman, 26 - grew more devout, relatives say. They stopped going to movies and deleted family photos from their cellphones because images of people were forbidden.

Yet there were happy times: Their wives were both pregnant, and they often spoke excitedly about the babies who would arrive a few months apart. Shiyas's wife, Ajmala, who was pregnant for the first time, rejoiced and worried over every little change in her body, according to her sister-in-law.

Shiyas and his family departed first, telling his parents they were moving to a nearby city to pursue religious studies. Then, a few weeks later, Ijas and his family left as well, saying that he had gotten a job in a hospital in the Lakshadweep Islands.

Authorities eventually pieced together information that five families had left the district to join the Islamic State and were given weapons and religious training when they arrived in Afghanistan, Mittal said.

"It's kind of blind belief," said K. Madhu, a civil police officer of the state's special branch who knows the families well. "All these people were very rich. They didn't need money. They were going to give up all material pleasures for a medieval lifestyle, to live like shepherds."

At one point, Hamza, who owns a hotel and restaurant in Mumbai, left an angry voice message for a nephew who had also vanished. Between obscenities, the older man told him not to bother coming home. The nephew responded with a chilling image - a photo of an AK-47.

"We are not going to come back. We are devoted to [Islamic State leader] Abu Bakr al-Baghdadi. We'll meet again in paradise," the nephew texted later.

Hamza's house - set amid palm trees, with soaring ceilings and marble floors - seems empty now that so many of his family have gone. The room where one of the young couples lived has grown musty from disuse, stripped of personal belongings.
The room looks out over the brightly painted villa next door, once home to another young man who disappeared and was killed in a drone strike in Afghanistan in February. His 11-year old sister still cries at the sound of his name.

Sitting in her quiet dining room, Hamza's wife, Hafsath, said mournfully that she believed her sons' religious education had taken them "to an extreme level."

"I'm scared. I'm frightened. I'm also worried about the small children, their lives," she said. "I don't understand why they have chosen that place. I feel angry at times, but I still want them to come back."

About three months ago, the landline rang. It was her daughter-in-law Rufaila, Ijas' wife. She was calling to ask after a sick relative and to tell them she had given birth to a beautiful baby girl they named Fatima.

Rufaila grew emotional, however, when she confessed to her mother-in-law that she was kept in the dark about their destination when they left Kerala. She believed the lie Ijas had told his parents: that he was taking a new job at a hospital in the Lakshadweep Islands.

"Where are you?" Hafsath asked desperately, wanting to help.

Promoted
Listen to the latest songs, only on JioSaavn.com
Shahina K.K. in Kerala, Walid Sharif in Kabul and Julie Tate in Washington contributed to this report.