Bhagwant Mann, 43, is AAP MP from Sangrur and was widely seen as the party's chief ministerial candidate in Punjab. 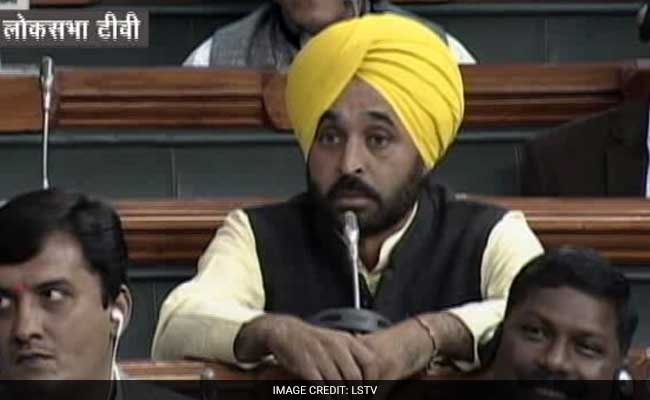 Bhagwant Mann, 43, is a stand-up comedian turned politician and AAP MP from Sangrur.

New Delhi: In the middle of a colossal feud that erupted after a series of poll defeats, Arvind Kejriwal's Aam Aadmi Party (AAP) today picked lawmaker Bhagwant Mann to take charge of the party in Punjab.

Mr Mann, 43, is the AAP MP from Sangrur and was widely seen as the party's chief ministerial candidate in Punjab, which didn't really warm up to the party in polls earlier this year.

The popular stand-up comic-turned MP has been made Convenor in Punjab. Sources say the party may rename the post to call it "president of the Punjab state unit".

Mr Mann's elevation comes days after his stinging criticism of his leadership over the Punjab debacle and the disastrous performance in the Municipal Corporation of Delhi election.

Denouncing the party's initial theory linking its defeats to faulty EVMs or voting machines, Mr Mann said the AAP leadership was behaving like a "mohalla (local) cricket team" and added, "AAP committed a historic blunder in Punjab on its electoral strategy."

Aman Arora, another lawmaker, will be co-convenor in an attempt to "balance communal equations in the state", said sources.

Promoted
Listen to the latest songs, only on JioSaavn.com
Another TV comedian-turned politician, Gurpreet Singh Ghuggi is no longer AAP's state unit Convenor; sources say the party may give him a significant role in future. Mr Ghuggi had also criticised the party.