Landslides Disrupt Traffic Between Manali And Leh In Himachal Pradesh

Himachal Pradesh weather: On Manali-Leh route, a landslide was triggered by relentless rain. 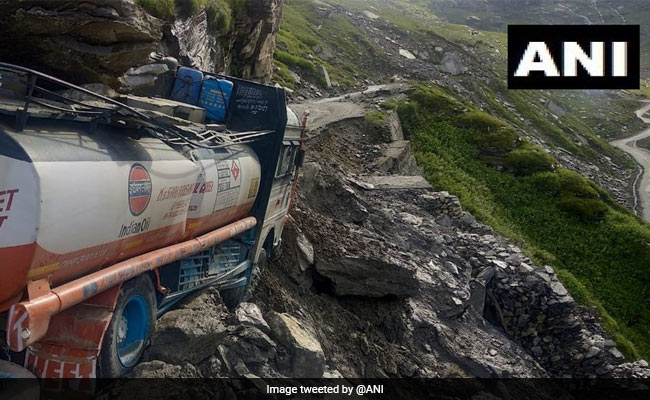 An oil tanker moving on the highway got stuck under a boulder following the landslide.

The National Highway 3 between Manali and Leh was on Tuesday morning blocked for traffic movement near Rohtang Pass due to a landslide triggered by relentless rains in the region.

An oil tanker moving on the highway got stuck under a boulder following the landslide.

The road is expected to be clear in a few hours.

On August 7 also, the highway was blocked at Marhi after heavy downpour in the region.

The situation may further worsen as the Indian Meteorological Department (IMD) has predicted heavy rainfall in isolated places in Himachal Pradesh for the next few days.