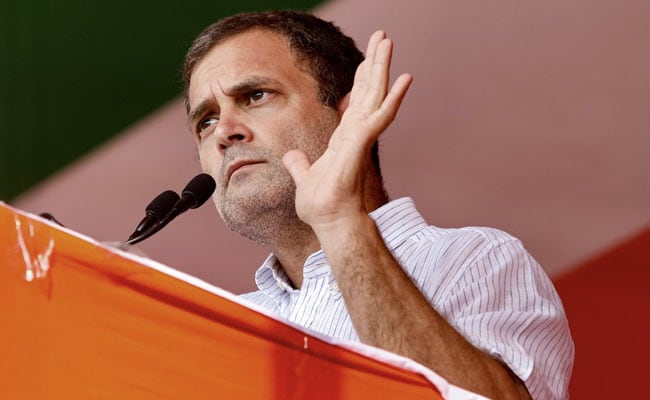 "The people of Lakshadweep are protesting against these arbitrary actions," Rahul Gandhi wrote.

Congress's Rahul Gandhi has sought Prime Minister Narendra Modi's intervention in the events at Lakshadweep in an open letter today that accused the draft Lakshadweep Development Authority Regulation of undermining "ecological sanctity" of the islands and "safeguards on land ownership", and "severely limiting legal recourse available to affected persons". He also accused the administrator of imposing rules that threaten the future of the people.

"Livelihood, security and sustainable development are being sacrificed for commercial gains... Under the guise of development and maintaining law and order in a low crime union territory, the draconian regulations penalise dissent and undermine grassroots democracy," his letter read.

Underscoring that Lakshadweep's pristine natural beauty and culture have drawn people for generations, he said the future of its people is threatened by the "anti-people policies announced by the administrator of Lakshadweep, Shri Praful Khoda Patel".

"The administrator has unilaterally proposed sweeping changes without duly consulting elected representatives or the public. The people of Lakshadweep are protesting against these arbitrary actions," Mr Gandhi wrote.

The new administrator, he said, has also proposed changes to regulations like the Prevention of Anti-Social Activities Regulation, the Lakshadweep Animals Preservation Regulation and lifting of restrictions on sale of alcohol and termed them a "deliberate assault on the cultural and religious fabric of the local community".

The provision in the draft Panchayat Regulation that disqualifies members with more than two children is "blatantly anti-democratic," the letter read.

"I request you to intervene in this matter and ensure that the above mentioned orders are withdrawn. The people of Lakshadweep deserve a developmental vision that respects their way of life and reflects their aspirations," Mr Gandhi wrote.

Mr Gandhi had tweeted about Lakshadweep yesterday as his party continued to slam the restrictions imposed by the administrator and asked for his recall.

"Lakshadweep is India's jewel in the ocean. The ignorant bigots in power are destroying it. I stand with the people of Lakshadweep," read Mr Gandhi's tweet.