Lakshadweep Collector S Asker Ali held a press conference in Kerala's Kochi on Thursday, alleging a "motivated misinformation campaign, which does not represent those living in Lakshadweep". 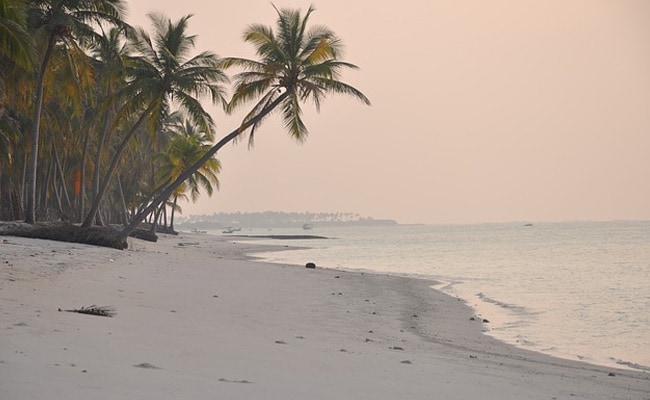 Lakshadweep administration under attack over what it called its "reform" measures. (Representational)

The administration in Lakshadweep -- under attack over what it called its "reform" measures -- has hit out at the "Save Lakshadweep" protest campaign, calling it "misleading propaganda". The administration's pushback came the day Congress's Rahul Gandhi and Tamil Nadu Chief Minister MK Stalin joined the ranks of opposition leaders who wrote to Prime Minister Modi against Lakshadweep Administrator Praful Patel's alleged "anti-people" policies,

Lakshadweep Collector S Asker Ali held a press conference in Kerala's Kochi on Thursday, alleging a "motivated misinformation campaign, which does not represent those living in Lakshadweep".

Over the last few days, Lakshadweep has emerged a political flashpoint, which had ripples across the country.

While leaders like Lakshadweep parliamentarian Mohammed Faizal raised voice about it, parliamentarians and legislators and from Congress, CPM and Sharad Pawar's Nationalist Congress Party wrote to the President,  the Prime Minister or the Home Minister.

The leaders have alleged "unilateral decisions" by administrator Praful Patel, who was a minister in Gujarat when Narendra Modi was the Chief Minister.

In his open letter on Thursday, Mr Gandhi said the administrator's attempt to undermine the islands' ecological sanctity is evident in the draft Lakshadweep Development Authority Regulation.

"Livelihood, security and sustainable development are being sacrificed for commercial gains... Under the guise of development and maintaining law and order in a low crime union territory, the draconian regulations penalise dissent and undermine grassroots democracy," his letter read.

Kerala Chief Minister Pinarayi Vijayan on Thursday said there is likelihood of an all-party resolution being passed in Kerala Assembly, in solidarity with people of Lakshadweep.

Explaining the need for certain measures including the draconian "Anti-Social Activities Regulation" which has drawn a lot of objections from the opposition, Mr Ali said Lakshadweep has made tough laws like any other state as internal security is becoming a "major issue" in the islands.

Giving examples, he said 300 kg of heroine, worth around Rs 3,000 crore and 5 AK-47 rifles, 1000 rounds of ammunition had been confiscated. Illegal smuggling of liquor, marijuana and POCSO cases have been reported as well.

"Strict and stringent laws are needed, so the young people are not misguided. People with vested interests are driving propaganda against such strict laws," he said, adding that the law will be used only against those involved in anti-social activities.

Regarding the regulation that those with more than two children will not be allowed to contest in the elections, the collector called it "misleading propaganda". "When this Panchayat Act is notified, it will be applied to only parents of infants born after the due date of notification," he added.

About allegations of no non-veg menu for mid-day meal schemes, Mr Ali said it was a policy decision and they were allowing egg and fish.

"During monsoon it is hard to transport chicken from outside. And if children's requirements are met locally through egg and fish, I don't see a problem," he added, pointing out that the panchayat leaders have been kept in the loop.