Charanjit Singh, a farmer who lost his son, said till junior home minister Ajay Mishra Teni is dismissed, "nothing will happen".

Families who lost their loved ones in Lakhimpur Kheri last year - crushed by a car driven allegedly by the son of a Union Minister and in the violence that followed - say they no longer feel optimistic about getting justice.

Charanjit Singh, a farmer who lost his son, said till junior home minister Ajay Mishra Teni is dismissed, "nothing will happen". Breaking down, Mr Singh, whose son Daljit Singh, 37, died, said: "Our only demand is that the accused should be given tough punishment. But nothing has happened." 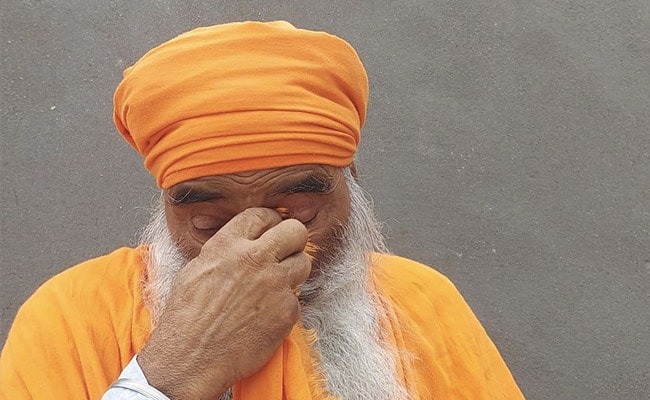 Charanjit Singh lost his son Daljit Singh, 37, in the incident

Ashish Mishra was allegedly part of his father's convoy, which encountered protesters on its way to an event in their village On October 3 last year. The police said he returned to the spot and mowed down four farmers and a journalist. Three more people died in the violence that followed.

Ashish Mishra has mostly been in jail since his arrest a week after the killings. The Allahabad High Court had granted him bail, but it was cancelled by the Supreme Court shortly after.

The victims' families say the hope of closure and punishment to the accused, is fading with each day. 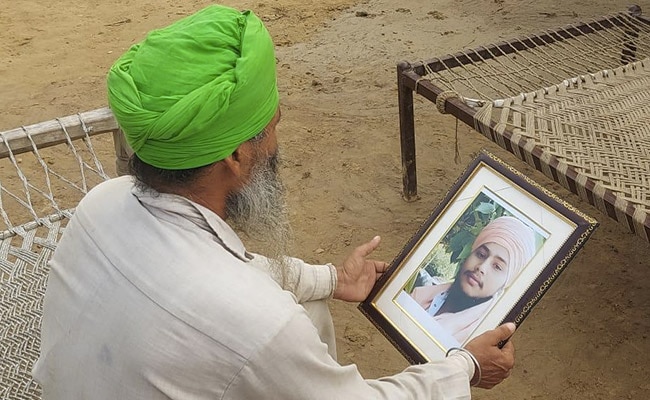 "Let's see whether we get justice or not, it is up to the court. It has been a year and we are at the same place. Even the trial has not started. As long as this government is in power, the case will not move ahead," he told NDTV.

In January, the Uttar Pradesh Police's Special Investigation Team submitted a 5,000-page chargesheet to a local court. Ten months on, the trial has not started, said Mohd Amaan, lawyer for farmers.

"Ashish Mishra had filed a discharge application along with five other accused. The arguments are over. The court must decide on that. Only then the trial will start," Mr Amaan told NDTV.

"If the trial is delayed then the accused gets an advantage (in terms of bail).... they can say the trial has not started so they should be released on bail," he added.

Union Minister Ajay Mishra, who represents Lakhimpur in Parliament, has been defiant. He has mostly refused to take questions on his son and even threatened journalists asking questions.

In Lakhimpur town, posters of him offering festival wishes can be seen in abundance at major intersections. His supporters and local BJP leaders were unwilling to talk about the case.

In August, during a live-streamed video address to supporters from his Lakhimpur office, Mr Mishra spoke of "dogs barking and chasing his car" - an apparent reference to protesting farmers. He projected himself as someone "fighting the world". The video was widely circulated.