"She Quit On Her Own": Kolkata University Head On Row Over Teacher's Pics

The vice-chancellor said that the university "believes in preserving and maintaining the dignity and honour of its teachers, staff members, students and others connected with it". 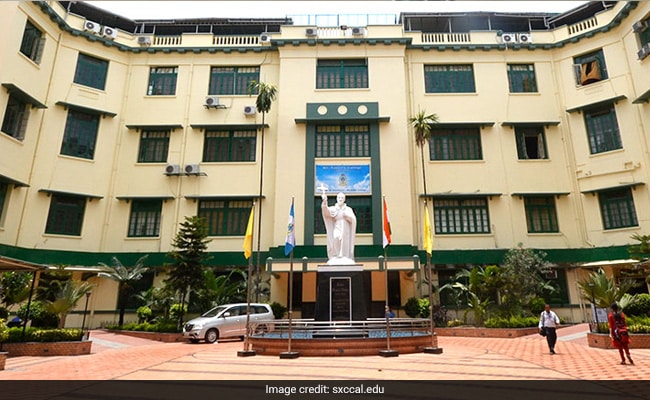 The vice-chancellor urged people not to "malign" the institute.

Amid online campaigns supporting a former assistant professor of St Xavier's University, who claimed that she was forced to quit her job over some of her Instagram photos in a swimsuit, its vice-chancellor, Father Felix Raj, has rebuffed the allegation and said that it was “humiliating to assume” the institution would do so.

In a statement, Mr Raj said that the university “believes in preserving and maintaining the dignity and honour of its teachers, staff members, students and others connected with it”.

The 31-year-old PhD holder, who had joined the privately run autonomous institution in Rajarhat in August 2021, had told PTI that she was accused of sharing “inappropriate” photos of her on Instagram by an internal disciplinary committee of the university, consisting of female faculty members, the VC and registrar among others.

The woman also stated that the committee, during the meeting held last October, told her such photos could have adverse impact on a section of male students and their parents.

The teacher, who has filed a police complaint in the matter, alleged that she was “forced to resign” after being shown printouts of some of her Instagram photos and told that the father of one of the undergraduate students had taken up the matter with university authorities after finding his son “staring” at the photos.

Strongly rebutting the charge, the vice-chancellor of St Xavier's University told PTI that the institute respects privacy of each of its stakeholders.

He urged media persons, social media users and others not to “malign” the institute.

"It has been observed that during last few days there are certain statements and write-ups in social media platform and publications in print media by unilaterally naming St Xavier's University, Kolkata and its certain officials and teachers regarding some alleged forced resignation of a university teacher, although there is no mention about the identity of the teacher.

"Needless to mention that you yourself will agree and appreciate that the university always believes in preserving and maintaining the dignity and honour of all its teachers, staff members, students and others connected with it, past and present," the statement said.

The teacher, while talking to PTI, had said that the photos shown to her in the interdisciplinary committee meeting were the ones that she had shared in the ‘story section' of Instagram in 2020, and wondered how did the university or anyone else get access to them as they were meant to last on the app only for 24 hours.

"The thumbnails in the printout showed to me during the October 7 meeting (last year) were indeed my photos taken in a hotel abroad before I had joined the institution. It was from an Instagram story shared with my friends in early 2020, which cannot be seen by any guardian or his son. It can be viewed for only 24 hours. And none of these people have access to my account," she had said.

She maintained that nobody else could decide what she should be wearing in her private life.

The teacher, who did not wish to be identified, added that she had to resign despite having submitted a letter of apology for “inappropriate conduct”, if any, hurting the image of the institution.

The VC, however, vehemently denied the charges.

He told PTI there had not been any instance of any faculty member being asked to resign, but there was a meeting indeed, involving an assistant professor, in first week of October, where she herself had confirmed that a few students and guardians were following her Instagram posts.

"She had herself apologised in a letter for any conduct in public domain that was accessible to students which might not be appropriate for a teacher, the very next day. By the end of October, 2021, she sent a resignation letter to the university. That was over eight months back. The university is pained to come across malicious charges all off a sudden now," Mr Raj said. He said St Xavier's “always stood for liberal values and never imposed any moral code of conduct on its faculty, students and staff members”.

Several social media users have come out in support of the teacher, after the story was shared by news outlets. An online campaign seeking action in the matter has garnered over 24,000 signatures thus far.