Kites With Inspiring Messages to Dot Skyline This Independence Day 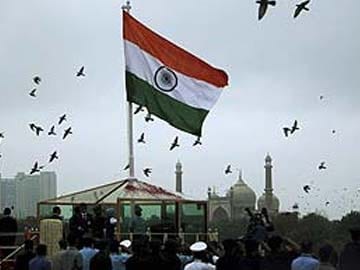 Chandigarh: Images of freedom fighters Rani Lakshmibai, Bhagat Singh and Subhash Chandra Bose will dot the skyline this Independence Day with inspiring messages in tow as a kite maker from Amritsar has come out with special paper marvels for the occasion.

While some of the kites are as small as two inches, some will be as long as eight feet.

"This time I have made 68 different kinds of kites to celebrate the Independence Day. I have been making kites for the past six weeks for the occasion.

"Several of my kites are beautifully decorated with pictures of our former presidents and prime ministers," he said, adding he has also made special kites that carry pictures of President Pranab Mukherjee and Prime Minister Narendra Modi.

Kanojia, who has earned himself a name in the kite-making profession through his miniature and big kites, said it all began as a hobby in early 1990s after watching a kite-flying competition on TV.

Promoted
Listen to the latest songs, only on JioSaavn.com
The man claims that he has already entered record books in the country, also earning a record of being the only person in India to have made 10,000 different designs of kites.