In the letter, she alleged that Mr Narayanasamy and his colleagues were making "persistent" allegations that her office was a "bottleneck" in implementing welfare schemes. 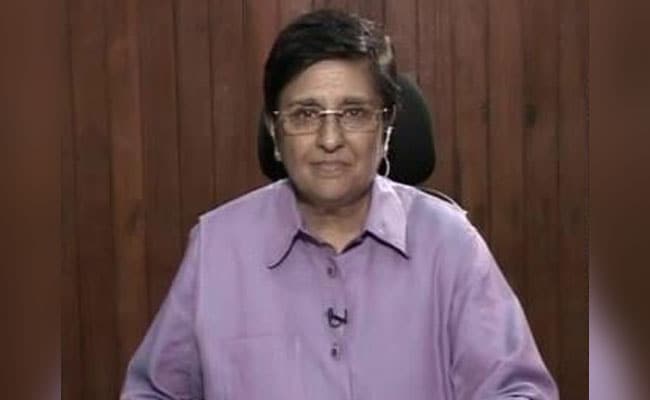 Kiran Bedi shared a copy of her letter to PM Modi with reporters through WhatsApp. (File photo)

Puducherry: Puducherry Lieutenant Governor Kiran Bedi has written to Prime Minister Narendra Modi, briefing him about the allegations, she said, Chief Minister V Narayanasamy and his cabinet colleagues were making against her office.

In the letter, she alleged that Mr Narayanasamy and his colleagues were making "persistent" allegations that her office was a "bottleneck" in implementing welfare schemes.

She shared a copy of the letter with reporters through WhatsApp.

Ms Bedi said she wrote the letter after reading reports in local media that Mr Narayanasamy has complained to PM Modi at a recent meeting about "bottlenecks" his government had to face because of her office.

She told the prime minister that it was important "to bring to your notice that the chief minister and some of his cabinet colleagues have been persistently propagating the false allegation...that the Lt Governor's Office has been a bottleneck in implementing welfare schemes. These pronouncements are far from truth and is a false propaganda".

Making her case, she said the proposal for ex-post facto approval of the free rice scheme was cleared after due diligence by her office in July and October with the observation to exclude "above poverty line families".

Ms Bedi also referred to the fact that "not a single day was lost in clearing the proposal for payment of old-age pension to 1,44,847 beneficiaries" when the files were received by her office in November and December last year.

Promoted
Listen to the latest songs, only on JioSaavn.com
She wrote about "the detection of improper use of welfare funds" meant for civic amenities in Scheduled Caste colonies.

Ms Bedi said her office has referred the matter to the Central Vigilance Commission and a disciplinary action was also launched against defaulting officers.