Khatron Ke Khiladi 8: Here's What Nia Sharma, Lopamudra Raut Are Up To In Spain

Khatron Ke Khiladi 8 contestants - Nia Sharma, Hina Khan, Lopamudra Raut and other celebs, are leaving no chance to make the most out of their Spain trip 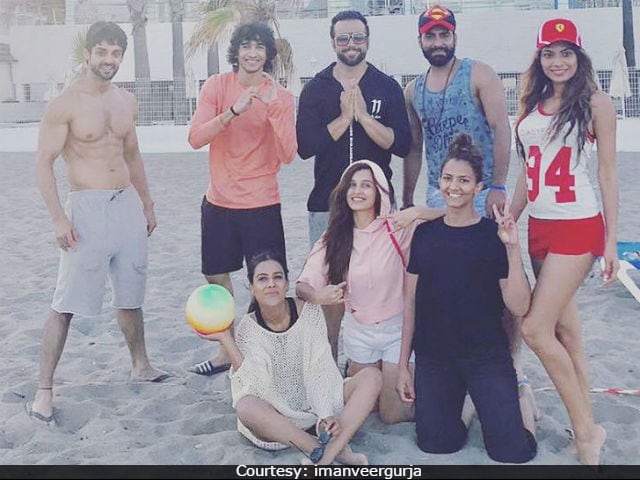 New Delhi: Popular television reality show Khatron Ke Khiladi Season 8, is all set to begin in Spain. Ahead of the shooting, contestants - Nia Sharma, Hina Khan, Lopamudra Raut and other celebs, are leaving no chance to make the most out of their Spain trip. Nia, who is best-known for her television show Jamai Raja, is busy shopping while Lopamudra likes to party. "I have come with pretty empty bags, but only to go back with full.. flowing and brimming bags," Nia captioned one of her posts. Khatron Ke Khiladi Season 8 was officially launched earlier in May. Filmmaker Rohit Shetty will be hosting this season of the show.

I was afraid of having to compete with contestants on a show, only thinking of 'what if I lose' until I realised you can also click each other's pictures to fill your instagram ..make plans together, split those taxi fares(euros).. kill time playing silly games.. i mean.. I learnt to look beyond today! #kkk8 P.S I'm still scared! the game starts today

Knew nothing about stunts, but we surely rocked our bhangra session in #spain !! #kkk8 #bhangramusic

Ironically, the hardest part of a pool is 'water' !! #spaintravel #kkk8

I have come with pretty empty bags, but only to go back with full.. flowing and brimming bagss..! #spain #shoptillyadrop

Here's what other celebs are up to in Spain.

Meet my new amigo Luis ! When the DJ becomes your buddy he only plays your tracks #lastnight #party #puertobanus

Take me to the water..! Resort wear by @rsbyrippiisethi thanks girl it's a pretty one

My new gym trainer @geetaphogat.. she's a sweetheart and ya plz don't b jealous @vikky2121

Promoted
Listen to the latest songs, only on JioSaavn.com
Of Khatron Ke Khiladi 8, Geeta, who is India's first woman wrestler to win a gold medal at the Commonwealth Games, earlier told news agency IANS, "Winning and losing is a part of the game, but I am the worst loser. In the game of wrestling, I lost some games, and that is quite natural. But if I lose one game, it takes time for me to accept that and I become quite a threat for my opponent. But I hope I won't disappoint my fans."

Congress Launches Campaign To Appoint Media Team In UP