Kerala teen forced to marry a man from UAE, sexually abused and abandoned 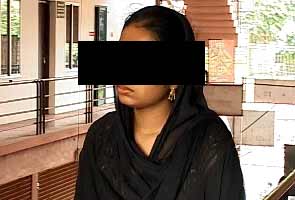 Malappuram: Till June this year, she lived in an orphanage in Kozhikode and dreamt of a better life by studying further. Then, says a 17-year-old in Kerala, she was forced into marriage with a man from the United Arab Emirates, who sexually abused her for two weeks and abandoned her.

The girl, now with her mother, alleges that people who run the orphanage where she had lived almost all her young life, forced her to marry the man on June 13 this year. He took her, she says, to resorts in Calicut and Kumarakam and abused her sexually, before deserting her on June 30.

The girl's mother says extreme poverty had made her give the child in the care of the orphanage when she was a few years old. She has been in touch with her daughter all through, she says, and was forced to consent to the marriage.

The orphanage, however, claims that it has documents to show that the mother gave her consent for the marriage of the minor.

The girl wrote a petition to the state human rights commission, which has asked the Kerala police to file a detailed report on the case. "Though such practices are prevalent in certain parts of the state, this is a rare case where the victim has come forward to report it," a panel member said.

The police have filed a case of rape, harassment for dowry and other charges under the Juvenile Justice Act and the Protection of Children against Sexual Harassment Act. The man is back in UAE.

Promoted
Listen to the latest songs, only on JioSaavn.com
He is a UAE national, but was born to a Keralite Muslim mother and Arab father, who had an "Arabi kalyanam wedding," which is not legal but common among Muslims in a few districts of Kerala. The police said, the father of the man too had left his wife in Kerala and returned to the UAE within a few days of the marriage.

In July, a controversial government order legalising weddings of Muslim girls above 16 years and males below 21 years of age was annulled.