The Minister said the state would put up stiff resistance against the proposal until it is withdrawn. 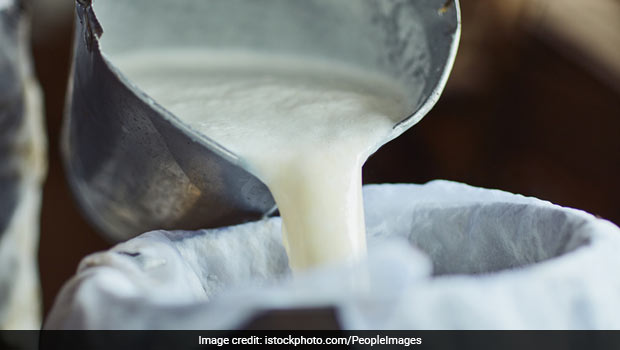 The issue was also raised at the meeting of dairy development ministers convened by the Centre.

Stating that the Union Government's move to impose Income Tax on primary milk co-operatives is "totally unacceptable", Kerala Animal Husbandry and Dairy Development Minister J Chinchurani on Tuesday said a resolution against the proposal would be brought in the State Assembly, which would be adopted unanimously with the support of the opposition parties according to a statement from the Animal Husbandry Ministry.

Speaking after lighting the "protest flame" at a meeting organised here by Kerala Co-operative Milk Marketing Federation (KCMMF), popularly known as Milma, against the move, the Minister said the state would put up stiff resistance against the proposal until it is withdrawn.

"The Centre has cast a huge burden on the dairy farmers who belong to the lowest rung of the society. This blow has come at a time when they are struggling to sustain the dairy sector amidst severe hardships caused by the Covid-19 pandemic. Kerala will continue to oppose the decision, till it is rolled back," the Minister said.

Chinchurani said she had already written to the Union Finance Minister Nirmala Sitharaman demanding withdrawal of the decision, pointing out its grim fallout on the dairy sector. The issue was also raised at the meeting of dairy development ministers convened by the Centre.

The State government has put in place policies and programmes to support the dairy farmers in these trying times. As a co-operative network, whose primary commitment is towards dairy farmers, Milma, together with its regional unions, has been following a policy of setting apart the bulk of its revenue for the welfare of the farmers by implementing pension, health and education schemes, she said.

Presiding over the protest at the Martyrs' Column in the city, Leader of Opposition V D Satheesan emphasised the need to stand together, setting aside political differences, to counter the Centre's move. The Centre has unilaterally made this decision without having any consultation with the people and organisations engaged in the dairy sector. This issue would be raised in the Assembly in the next session as a serious matter, Satheesan added.

This is quite an ill-advised and unjustified move which would only ruin the dairy farmers, at a time when they are reeling under the pandemic-induced crisis, Shri Mani added.

The Centre had acted on this matter without looking into the realities of the dairy sector or making proper enquiries or studies, said N Bhasurangan, Convener, Administrative Committee, Thiruvananthapuram Regional Co- operative Milk Producers Union (TRCMPU).

Similar protest meetings were held across the state, rallying dairy farmers and members of co-operative societies, demanding the roll-back of the proposal. All the MPs from the state were also urged to bring pressure on the Centre to give up the move.

Milma has voiced serious concern over the proposal to impose Income Tax on the Anand model primary milk co-operative societies with an annual turnover of over Rs 50 lakh.

As per the circular No 13/2021 of the Board of Direct Taxes dated June 30, 2021, under the guidelines of the Section 194 Q of the Income Tax Act-1961 primary milk co-operatives also come under the purview of income tax.

Apart from procurement and distribution of milk, the income from all allied products including cattle feed sales would be taken into account in calculating the tax.