Though the Kerala High Court had made remarks against the practice of religious conversion in 2009, the state government has done nothing so far to check it, Uttar Pradesh Chief Minister Yogi Adityanath claimed. 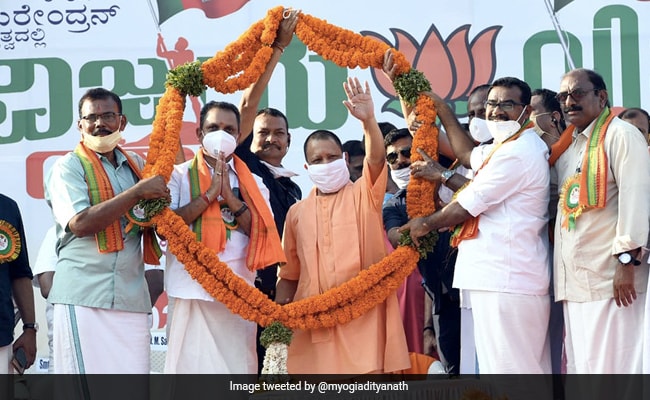 Uttar Pradesh Chief Minister Yogi Adityanath slammed the Left front government in Kerala for not taking any constructive steps to stop religious conversion by marriage, which he called "love jihad", in the state.

Though the Kerala High Court had made remarks against the practice of religious conversion in 2009, the state government has done nothing so far to check it, he claimed.

The Uttar Pradesh government has brought out legislation to regulate "love jihad" and forceful conversions, Mr Adityanath said after inaugurating the state-wide "Vijay Yatra" led by BJP state unit president K Surendran ahead of the Kerala assembly elections expected to be held in April-May.

"In 2009, the Kerala High Court had said the love jihad would turn Kerala into an Islamic state. Despite this, the state government is sleeping," the UP Chief Minister alleged.

"Love Jihad" is a term used by right-wing leaders to refer to the alleged practice of Muslims forcing Hindu girls to convert in the guise of love.

BJP-ruled Uttar Pradesh and Madhya Pradesh recently brought religious freedom laws to stop conversion through marriage or by any other fraudulent means.

Mr Adityanath also criticised the Kerala government over the increasing COVID-19 positive cases and claimed that his state had effectively tackled the pandemic.

The 15-day-Vijay Yatra, covering all major constituencies in 14 districts of Kerala, is seen as the official launch of the BJP's poll campaign.

Various union ministers and the BJP leaders and star campaigners at the national level are expected to join the yatra in the coming days.