Commercial Flights Land At Kochi Naval Base, Take Off Packed To Capacity

Kerala floods: Photos posted by the Navy show passengers queuing up in front of a makeshift airline counter at the INS Garuda naval base in Kochi 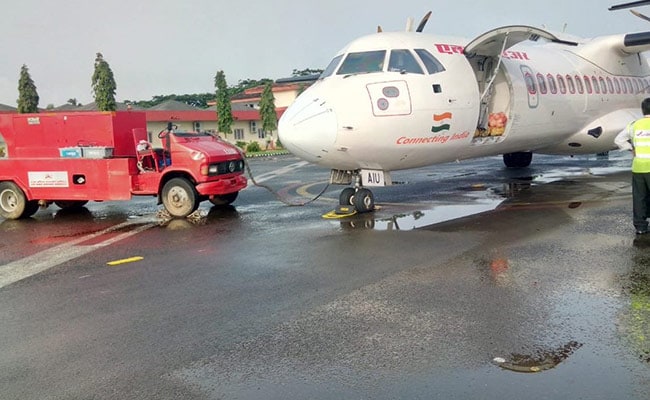 A day after a test-landing by a medium-size plane on a wet runway, the first commercial flight hit the tarmac at the naval base in flood-hit Kochi this morning. The Alliance Air twin-turboprop ATR aircraft, which came from Bengaluru, took off again packed to capacity. An IndiGo plane was the second aircraft to land at the Kochi naval base.

The main airport at Kochi will not be re-opened till August 26; it had to be shut down on August 15 after heavy rain flooded the facility, the seventh-busiest in the country.

Photos posted by the Navy show passengers queuing up in front of a makeshift airline counter at the INS Garuda naval base in Kochi. The Navy said it has done substantial work at INS Garuda to ensure the military facility is compatible with civilian air operations.

The parking bays at the naval air station have been clearly demarcated to be shared between military and civilian aircraft, said Commodore RR Iyer at INS Garuda. 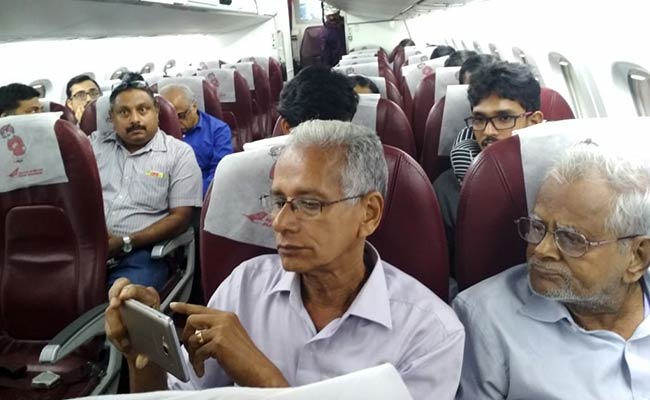 Kerala floods: Passengers inside an ATR aircraft heading to the Kochi naval base

On Sunday, an Alliance Air plane landed at the Kochi naval base carrying a team of officers from the aviation regulator DGCA, the Airports Authority of India and other flight safety officers to test whether the base could be used for commercial flight landings. The joint team then gave the go-ahead for the flight operations at the Navy's air station in Kochi.

#OpMadad#KeralaFloods#KeralaFloods2018 Temporary Check-in counter. Passengers checking in at INS Garuda Kochi (SFNA building) which is a makeshift arrangement to ensure Kochi remains connected by air to the rest of the country @DefenceMinIndia@SpokespersonMoD@AAI_Officialpic.twitter.com/SQaCMz5IMD

Flights to other destinations such as Coimbatore and Madurai are also likely to resume shortly, Mr Prabhu said.

The Indian Commercial Pilots' Association or ICPA has told Prime Minister Narendra Modi that they are willing to fly to flood-hit Kerala without taking any payment. 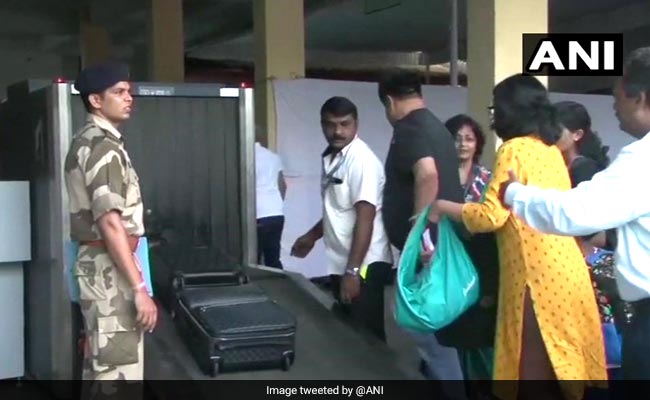 Kerala floods: People get ready to check in for their flight at INS Garuda naval base in Kochi

191 people have died in the floods in Kerala, which received the second-worst rainfall in 94 years in terms of its sheer devastating impact. 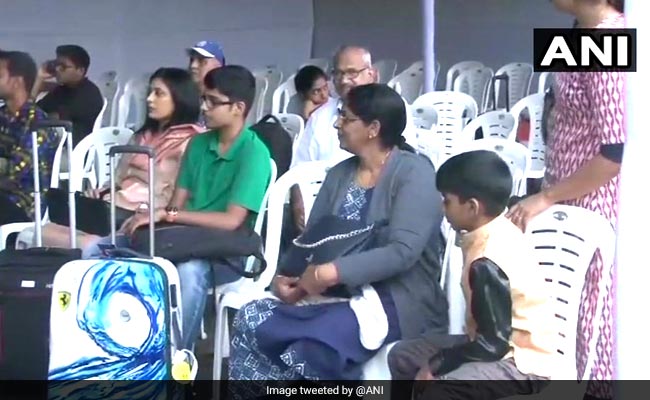 Rescue teams are running against time to give food and medicine to people stranded in their flooded homes. Chief Minister Pinarayi Vijayan said the state has enough food to feed the people, but logistics is a major challenge as long stretches of key highways are flooded.

The weather office said heavy rain is likely to subside in the next few days in the coastal state. But concerns over lack of water and diseases remain in the aftermath of the Kerala floods.