Babita Tade works as a mid-day meal cook in a government school for a meager sum. She rose to fame after taking home Rs 1 crore while participating in quiz show 'Kaun Banega Crorepati' show on television last month. 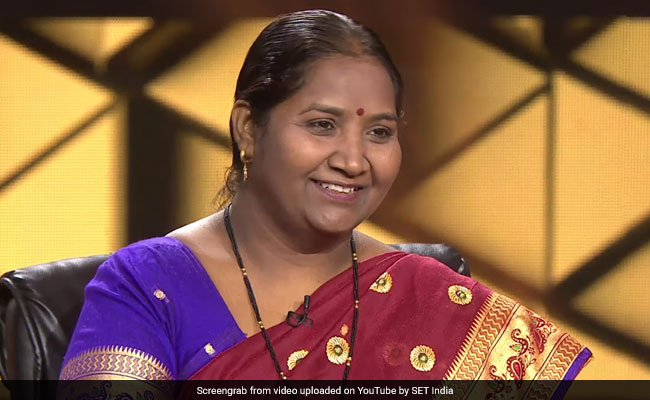 Babita Tade has been chosen as district ambassador to make people aware of the importance of voting.

Babita Tade, who won Rs 1 crore on quiz show 'Kaun Banega Crorepati', has been appointed as the Amravati district ambassador for the Election Commission's SVEEP programme ahead of the Maharashtra Assembly polls, an official said.

The Systematic Voters' Education and Electoral Participation (SVEEP) is a flagship programme of the Election Commission for spreading voter awareness and promoting voter literacy in the country.

Ms Tade, a resident of Anjangaon Surji village in Amravati, who works as a mid-day meal cook in a government school for a meager sum, rose to fame after taking home Rs 1 crore while participating in the quiz game show on television last month.

She has now been chosen as the district ambassador to reach out to people and make them aware about the importance of voting, Amravati zilla parishad's chief executive officer Manisha Khatri said on Tuesday evening.

On the occasion, Ms Tade said, "Everyone should gear up to vote, which is our national duty."

"I will try to connect to the masses, specially in villages, and urge them to come out in large numbers to exercise their democratic right," she said.

The district administration has taken up various initiatives to encourage first-time voters, handicapped people, senior citizens and women to exercise their franchise in the state polls, to be held on October 21, Ms Khatri said.

The focus is on segments where low voter turnout was recorded last time, she said.

"Democracy has given us the right to choose the governing body for the country and the state and people should come out to vote," Ms Khatri said.