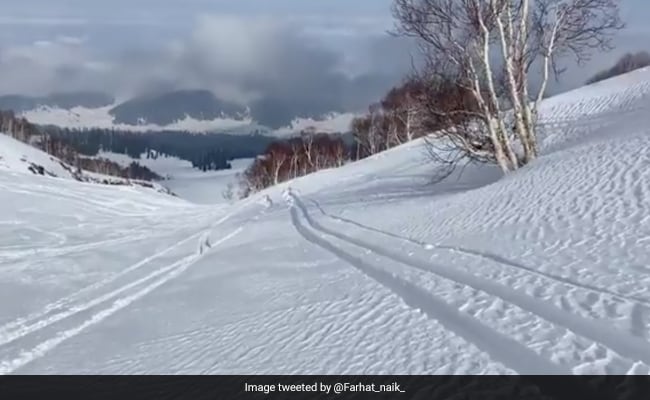 The cold wave intensified in Kashmir on Friday as temperatures plunged in Srinagar. The capital of Jammu and Kashmir recorded a low of minus 7.7 degrees Celsius - plunging more than two degrees from minus 5.6 degrees the previous night, according to the weather bureau. The minimum temperatures in the rest of the Valley stayed mostly ten degrees below the freezing point. A fresh Western Disturbance is likely to affect the Western Himalayan region from January 31 and under its influence scattered rain or snowfall is likely during 1st to 3rd February, the India Meteorological Department (IMD) tweeted.

♦ A fresh Western Disturbance is likely to affect Western Himalayan Region from 31st January night onwards. Under its influence isolated to scattered rain/snow with moderate thunderstorm & lightning likely over the region during 01st-03rd February, 2021.

The intense cold period in the Valley - ''Chillai-Kalan'' - will end on 31st January 31 but the cold wave continues even after that in Kashmir with a 20-day-long ''Chillai-Khurd'' (small cold) and a 10-day-long ''Chillai-Bachha'' (baby cold). The chances of snowfall are the most frequent and maximum during this period and most areas, especially in the higher reaches.

The Pahalgam tourist resort, which serves as a base camp for the annual Amarnath Yatra in south Kashmir, recorded a low of minus 12 degrees Celsius - marginally up from the previous night's minus 12.3 degrees Celsius. Kupwara recorded a low of minus three degrees, while Kokernag, in the south, saw minus 11.4 degrees. The extreme cold temperatures have resulted in freezing of the water bodies and drinking water supply lines in many areas.