India Asks Pakistan Not To Levy $20 Fee For Kartarpur Corridor

External Affairs Ministry Spokesperson Raveesh Kumar said both India and Pakistan reached an agreement on the corridor except on the matter of the service fee. 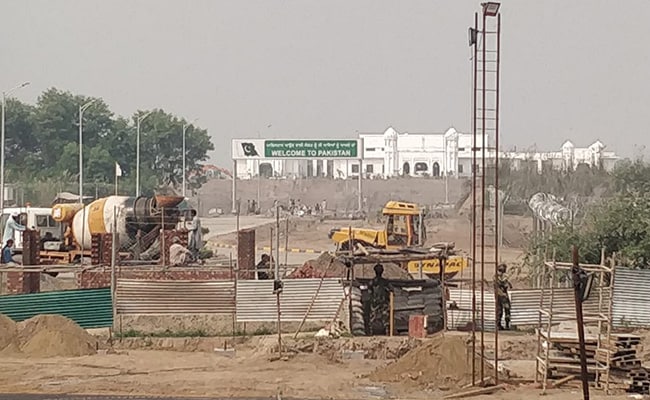 India on Thursday asked Pakistan not to insist on levying a fee of USD 20 per Indian pilgrim and hoped that an agreement to operationalise the Kartarpur corridor will be inked soon between the two countries.

External Affairs Ministry Spokesperson Raveesh Kumar said both India and Pakistan reached an agreement on the corridor except on the matter of the service fee.

"After several rounds of discussion with Pakistan, we have reached an agreement on all other issues, except the matter of service fee. Pakistan insists on levying a fee of USD 20 (approx. Rs 1420) on all pilgrims," he said.

Raveesh Kumar said India has urged Pakistan not to levy the fee in the interests of devotees, and also because the opening of the corridor is a people-to-people initiative.

"We hope that the agreement can be concluded and signed in time for the great event," said Raveesh Kumar.

Pakistan has been insisting on levying the service fee of USD 20 per pilgrim to meet the operational costs of the corridor linking the historic Gurdwara Darbar Sahib in Pakistan''s Kartarpur with Dera Baba Nanak shrine in Gurdaspur district in Punjab.

As per initial plan, both countries were to ink the agreement in the first half of November so that it can be thrown open to mark the 550th birth anniversary of Guru Nanak.

Raveesh Kumar was responding to queries on whether the agreement on Kartarpur Sahib corridor has not been finalized due to the Pakistan''s insistence that a USD 20 service fee will be charged on all devotees who want to visit the shrine.

In a major initiative last November, both India and Pakistan agreed to set up the Kartarpur corridor to link the historic Gurdwara Darbar Sahib -- the final resting place of Sikh faith's founder Guru Nanak Dev -- to Dera Baba Nanak in Gurdaspur.