Karnataka Needs A Government With 'Mission', Not For 'Commission': PM Narendra Modi

Addressing a public rally in the city, the prime minister said as long as there was a Congress government in Karnataka, the state could not progress. 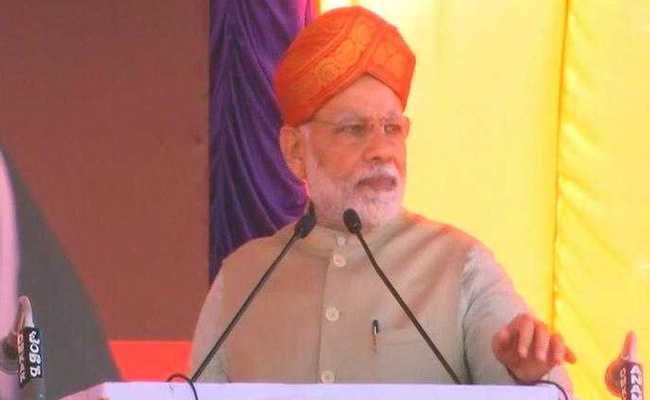 Mysuru: Attacking the Congress government in Karnataka as a "commission" government, Prime Minister Narendra Modi on Monday said the welfare of the people was never its priority and the state needs a government with "mission" under the BJP to ensure all-round development.

Addressing a public rally in the city, the prime minister said as long as there was a Congress government in Karnataka, the state could not progress.

Repeating his comment made earlier this month in Bengaluru, where he had said that the Siddaramaiah government in Karnataka worked for "10 per cent commission", Modi said: "You have a choice to elect a party (BJP) which runs a government with a definite mission and reject a party (Congress) that works only for commission."

"Karnataka does not require a 'commission' government but a 'mission' government led by the BJP which will ensure all-round progress of the state. Congress has ruined the state and people will teach them a lesson in the elections," he said speaking at the Maharaja College ground in the city, after dedicating various railway projects.

Assembly election is due in the state in late April or early May.

"Every day a new scam, new corruption charges and new allegations are cropping up against their leaders and ministers or those related to government schemes. The Congress leaders spread lies and repeat them, believing that the people would believe them. But the people are wiser and they never accept such lies for long," noted PM Modi.

Lamenting the lack of development in the states where the Congress was in power, PM Modi said the grand old party would act like a bump on the path to speedy progress.

Although the central government provided funds to the state, the Congress government could not utilize them on development projects, he said.

The prime minister claimed that despite the Congress ruling the country for over half-a-century, four crore families in the country were without power.

"For over 50 years, it was only one party that ruled the country. What is the reason that about four crore families still lack power supply? Why they did not ensure their well-being all these years," he asked, adding that the country could never repose faith in the Congress.

"Over the years, several schemes were discussed and debated in Parliament but never implemented on the ground. When we came to power, we identified them and initiated work on such projects," he stressed.

According to the prime minister, creating a railway system, which is modern and technologically advanced, is vital. "We are strengthening the railway networks across the country. Karnataka too is benefiting from it."