While the Congress denied the reports, several of its leaders were spotted heading to the hospital. 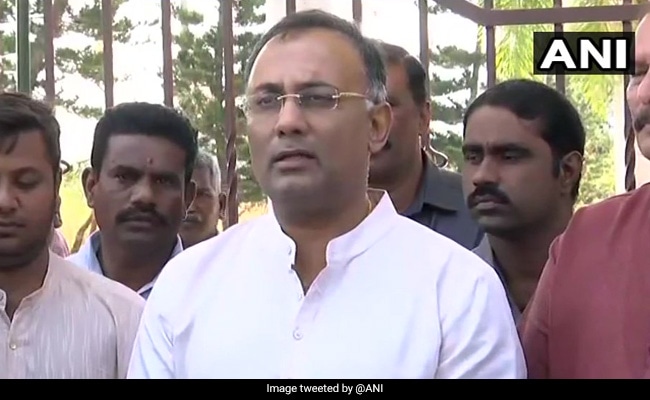 All leaders going back to their constituencies: Karnataka Congress president Dinesh Gundu Rao

The Congress in Karnataka took its leaders to a resort outside Bengaluru on Friday night in a bid to keep them together.

But state lawmaker Anand Singh was allegedly involved in a brawl with a colleague on Saturday evening at a resort near Bengaluru where the Congress has sequestered 76 lawmakers "to protect them from the BJP". He was hospitalised on Sunday after he was allegedly hit on the head with a bottle by JN Ganesh. Mr Singh's wife has now has threatened to take legal action against Mr Ganesh.

"If it is true that Ganesh beat up my husband, my children and I will not keep quiet and will take legal action against him," Laxmi Singh said.

"We had come here to fight the attempt by BJP to destabilize this government. We are very confident that our government is safe, secure and strong," said Karnataka Pradesh Congress Committee president Dinesh Gundu Rao said today.

Here are the highlights of the cancelled CLP meeting:

Jan 21, 2019 14:25 (IST)
A three-day State Mourning has been declared, says Chief Minister H D Kumara Swamy.
The state government has declared one day holiday on Tuesday for all schools, colleges and government offices.
Jan 21, 2019 14:06 (IST)
The cremation to take place tomorrow at 4:30 in the evening

Karnataka CM HD Kumaraswamy: Siddaganga Math seer Sri Shivakumara Swamiji passed away at 11.44 am today. The cremation will be done on 22nd January at 4.30 pm. pic.twitter.com/xG9O70vSbE

Jan 21, 2019 13:58 (IST)
Congress Lawmaker JN Ganesh Admits There Was A Fight
On the other hand JN Ganesh, the lawmaker accused of hitting Anand Singh on the head with a bottle during their fight at Eagleton resort admitted - unlike his Congress party - that there was a fight, but added that it did not quite go the way it is believed so far.
Jan 21, 2019 13:51 (IST)
"Initially we came over here to fight the attempt to destabilize our government by BJP. There is serious attempt even now being made by BJP to fall our government. But we are confident that our government is safe, secure, strong and stable and we will be able to fight this desperate attempt by BJP," Mr Rao said.
"We all visited hospital and met our colleague Anant Singh and enquired about his health. I wish him speedy recovery. Today we are leaving from here with confidence. Notices have been issued to all the four leaders," he added.
Jan 21, 2019 13:13 (IST)
Leaders Going Back To Their Constituencies: Karnataka Pradesh Congress Committee president Dinesh Gundu Rao

Karnataka Pradesh Congress Committee president Dinesh Gundu Rao: All the MLAs are going back to their constituencies. We had come here to fight the attempt by BJP to destabilize this government. We are very confident that our government is safe, secure and strong. pic.twitter.com/IRMM9P6Dpj 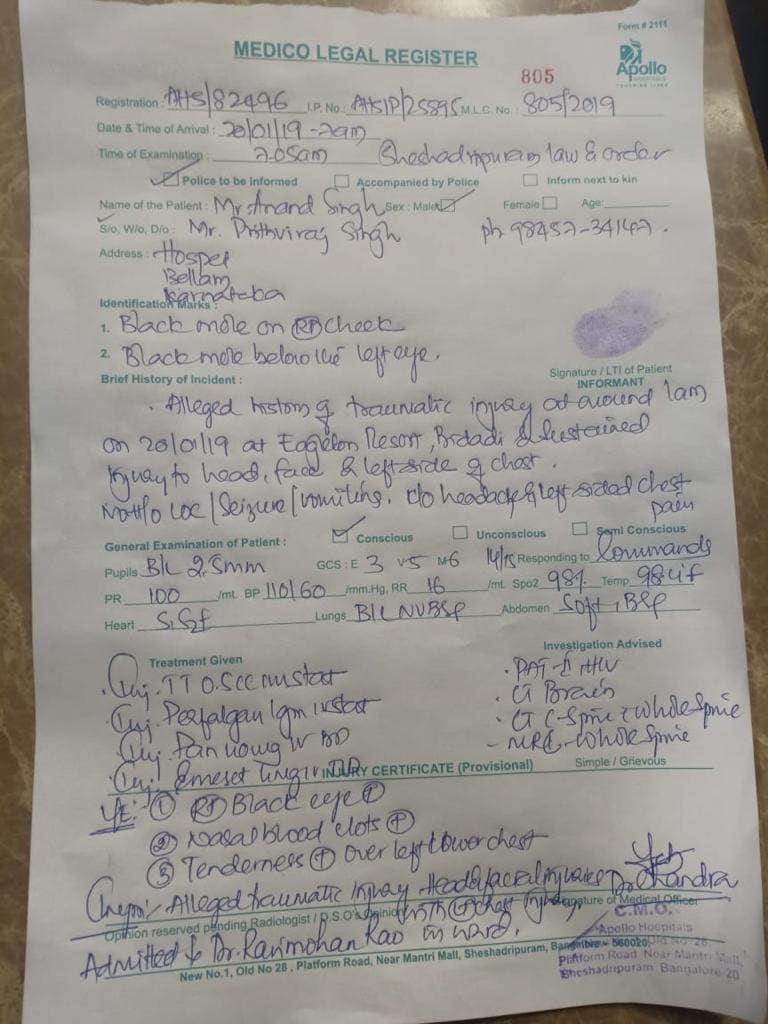 R Reddy, Congress in Bengaluru: Last night they called me that there's a meeting today but later they decided not to have any meeting. Most of the MLAs have left the resort. Few who are there will also go back Everything is okay. Because of BJP there was confusion, now it's okay. pic.twitter.com/Mccb1ExSJt

#Karnataka Congress MLA JN Ganesh over reports of alleged brawl with Congress MLA Anand Singh : I did not hurt him. It is all a lie. If he's hurt, I along with my family will go and apologise to him. pic.twitter.com/ht9uHwfPLx

What more proof do we need to tell all is not well within Congress..

Congress MLA's in Eagleton resort indulged in physical fight & 1 MLA is admitted. How long will congress be in denial mode & blame BJP for all their differences?

When political party is lame, it loves to blame pic.twitter.com/4IWSr5xUWi

Jan 21, 2019 12:39 (IST)
On Friday, the Congress moved 76 of its 80 lawmakers to the resort amid fears of poaching by the BJP. Tension had been brewing since last weekend, when the party accused the BJP of launching "Operation Lotus' - a term coined in 2008 when the party allegedly engineered defections of opposition legislators to ensure that its government headed by Mr Yeddyurappa remains stable.
Karnataka Congress lawmaker Anand SinghJN Ganesh Anand Singh