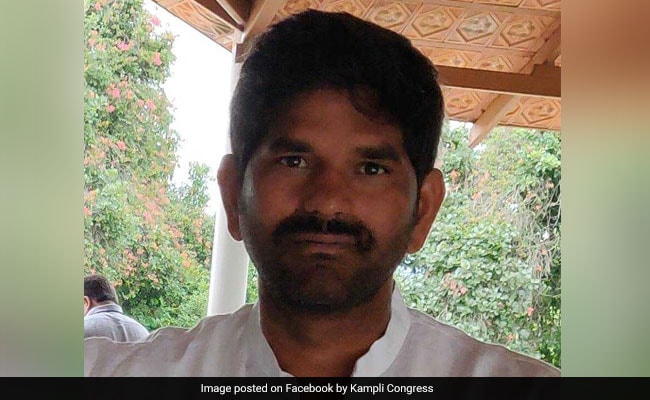 Congress lawmaker JN Ganesh, facing charges of attempt to murder after he allegedly assaulted his colleague Anand Singh, has blamed the latter for the turn of events.

In a post on the Facebook page titled "Kampli Congress" addressed to the people of his constituency,
JN Ganesh accused Anand Singh of trying to finish him off politically besides threatening to harm his family.

The missing Kampli legislator claimed it was Anand Singh who first attacked him and also made derogatory remarks against his family members and caste.

Mr Ganesh said he retaliated and three party legislators were witness to the turn of events.

"I had no intention to hit Anand Singh who spoke ill about my casts. If I had to do that I could have done it when I was with him in the room for two to three hours. There was no such intention," Mr Ganesh wrote in Kannada.

He added, "All these are known to all party leaders. The leaders said there was a mistake on our part and both of us have embarrassed the party."

Anand Singh and JN Ganesh, both from Ballari district, had a heated argument and came to blows at the resort where the Congress legislators were herded together amid alleged poaching attempts by the BJP.

The police have registered an FIR charging Ganesh with attempt to murder on a complaint by Anand Singh, who is being treated at a hospital in Bengaluru.

A red-faced Congress on Monday suspended JN Ganesh, who claimed he was also injured in the incident.

"One has to surrender and face law, nothing should be done illegally, and there is no question of Congress interfering. No one is above law; everyone should function under law," he told reporters.

Meanwhile, a group of supporters of Kampli legislator met Mr Rao and requested him to revoke Mr Ganesh's suspension from the party.