Nayak Deepchand, native of Hissar in Haryana, lost a hand and both legs at Tololing during the 1999 Kargil War. 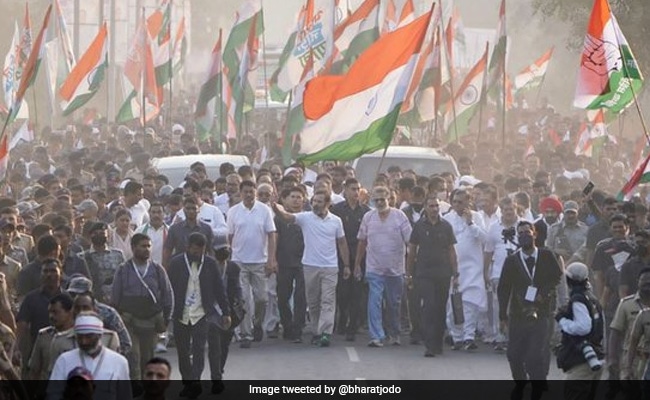 Nayak Deepchand, native of Hissar in Haryana, lost a hand and both legs at Tololing during the 1999 Kargil War.

Late Chief of Defence Staff Gen Bipin Rawat had hailed him as "Kargil Yoddha" during his visit to Drass on Kargil Vijay Diwas, a Congress release said.

Nayak Deepchand is active in the Adarsh Sainik Foundation and works for the welfare of servicemen who were rendered disabled in the line of duty, it added.

Actor Mona Ambegaonkar too joined the foot-march during the day, the party informed.