The bypoll was necessitated due to the death of Congress MP H Vasantha Kumar in August last year due to COVID-19. 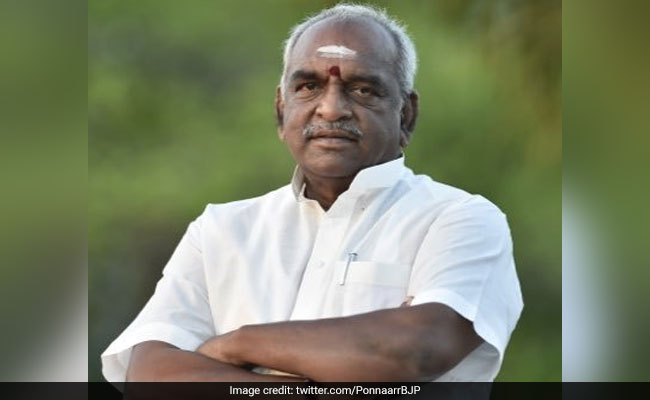 Pon Radhakrishnan will be BJP candidate for the April 6 bypoll. (File photo)

The BJP on Saturday named senior party leader and former Union Minister Pon Radhakrishnan as its candidate for the April 6 bypoll to the Kanyakumari Lok Sabha constituency in Tamil Nadu.

The bypoll was necessitated due to the death of Congress MP H Vasantha Kumar in August last year due to COVID-19.

The BJP had on late Friday night, clinched its seat-sharing deal with its southern ally AIADMK for the April 6 Assembly polls in the state where the latter, the lead partner, allocated 20 seats to the BJP, besides the Kanyakumari parliamentary segment, besides extending its full support to the candidate.

Mr Radhakrishnan had won from Kanyakumari in the 2014 parliamentary polls to be inducted in then Prime Minister Narendra Modi-led NDA dispensation as Minister of State, but lost the subsequent 2019 Lok Sabha elections to Mr Kumar from the same constituency.

He was then MoS Finance and Shipping.