The Kairana Lok Sabha bypoll is significant as it is seen as testing grounds for opposition unity against the state's ruling BJP. 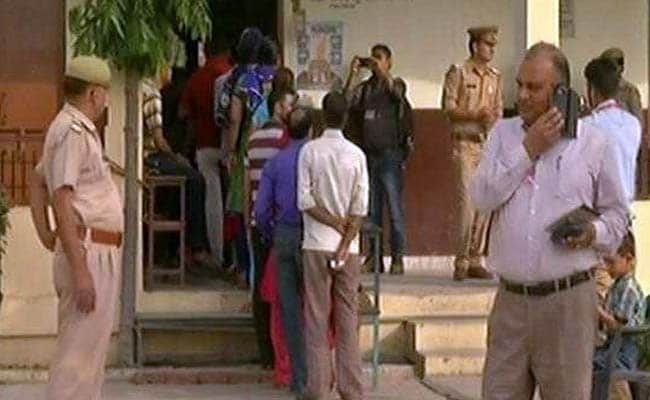 Re-polling in Kairana, Bhandara-Gondia and Nagaland are being held between 7 am and 6 pm.

Kairana, Uttar Pradesh: Voting is underway in 73 polling booths in western Uttar Pradesh's Kairana, 49 polling stations in Maharashtra's Bhandara-Gondia and one polling station in Nagaland, after the Election Commission (EC) announced that re-polling will take place in these booths after widespread failure of the machines in Monday's by-elections. Over 11 per cent of the 10,300 voter-verifiable paper audit trail (VVPAT) machines across 10 states had developed faults and had to be replaced. The commission had, on Monday, said placing the VVPAT machines under direct light, mishandling and extreme heat could have been responsible for the high failure rate.

Here are the live updates of re-polling in Kairana, Bhandara-Gondia and Nagaland:

Re-Polling Today In 73 Polling Stations In UP's Kairana
In Kairana, the Rashtriya Lok Dal (RLD), whose candidate Tabassum Hasan is backed by various opposition parties, complained to the Election Commission that Electronic Voting Machines (EVMS) and VVPAT or Voter Verifiable Paper Audit Trail - which eject slips to confirm to voters that their choices have been recorded correctly - had malfunctioned in 175 booths.
May 30, 2018 08:18 (IST)
Chief Election Commissioner OP Rawat insists that there was no problem in the electronic voting machines on Monday. "There is no problem with EVMs. Problem was with VVPAT. The VVPATs machines used in these elections are new and used first time," Chief Election Commissioner OP Rawat told NDTV.
May 30, 2018 08:15 (IST)
Voters have begun lining up to cast their votes in Uttar Pradesh's Shamli.
Kairana BypollsBypolls 2018Bhandara Gondia