Akshita Rajpal from New Delhi, who is an obsessive fan of Justin Bieber, flew down alone to Mumbai just to be a part of her idol's maiden live gig 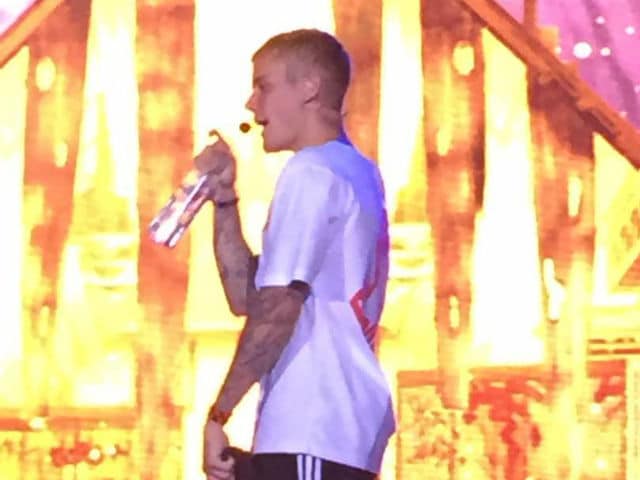 New Delhi: International pop sensation Justin Bieber enthralled his fans with his performance at Mumbai's D Y Patil Stadium on Wednesday. Beliebers' from across the nation came to Mumbai to witness their idol's maiden performance in India. Amongst the 45,000 fans who attended the concert, a 12-year-old girl from New Delhi, who is an obsessive fan of Justin Bieber, flew down alone to Mumbai just to be a part of her idol's maiden live gig, reports news agency IANS. Akshita Rajpal, who is a Class 8 student of Amity International School, was to be accompanied by her parents. However, they had to cancel their travel plans at the very last minute.

"Akshita has created a booklet on the life, lyrics and everything she loves about the 23-year old Bieber," IANS quoted her uncle Sumit Kaushik as saying. "In fact, she is a trained professional dancer who dances only to Bieber tunes and has excelled in academics and extracurricular like music, martial arts, modeling and acting, besides of course, being a fulltime crazy fan of Bieber and his music," Sumit Kaushik told IANS.

Promoted
Listen to the latest songs, only on JioSaavn.com
Bollywood celebrities like Alia Bhatt, Sridevi, Malaika Arora, Arbaaz Khan, Ayan Mukerji, Sonali Bendre and Arjun Rampal attended Justin Bieber's concert. The 23-year-old singer wrapped his concert in India with his popular song Sorry. In between his performance, Justin Bieber thanked the audience, reported news agency PTI. "What a beautiful night tonight. Honoured to be here. You guys are the coolest. Hope you're ready to have the best night," he said.