Ali Fazal and Judi Dench, co-stars of upcoming film Victoria And Abdul, are supporting fashion designer Katherine Hamnett's cause to fight for refugees across the world 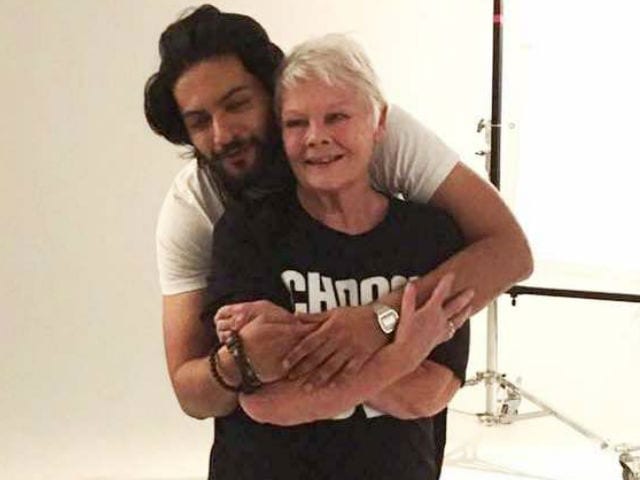 New Delhi: Actor Ali Fazal is doing a British-American biographical drama film titled Victoria And Abdul, directed by Stephen Frears and written by Lee Hall, the film also stars Judi Dench. It's based on the real-life relationship between Queen Victoria and her Indian servant Abdul Karim. But now, the two actors Ali Fazal and Judi Dench are doing their bit to help refugees across the world. They are supporting English fashion designer Katherine Hamnett's cause to fight for refugees, she is the one who initiated the popular slogan, Choose Love and started a campaign, proceeds of which go for the betterment of the situation of refugees around the world.

Promoted
Listen to the latest songs, only on JioSaavn.com
Speaking about the campaign, Ali Fazal said, "It's commendable for Katherine to come up with such a unique thought to help and contribute to the current situation across the globe of the refugees. While the world is divided, it's great to see so many people come together and support this campaign. Judi and I shot for it soon after we wrapped up a shoot for the film in London". Before these two actors, Katherine Hamnett has roped in several celebrities and artists from across the globe to support the cause.

Judi Dench and Ali Fazal's film Victoria and Abdul is based on the book of the same name by Shrabani Basu. The film slated to release on September 22, 2017 also stars Eddie Izzard, Tim Pigott-Smith and Adeel Akhtar.