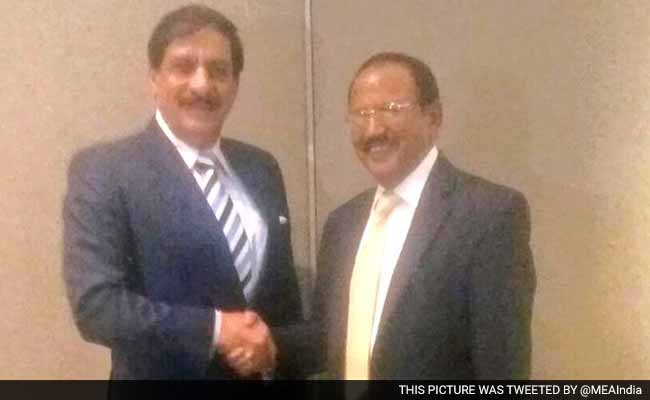 India and Pakistan issued a joint statement today after the National Security Advisors of the two countries met in Bangkok. Below is the full text of the statement:

Pursuant to the meetings of the Prime Ministers of India and Pakistan in Paris, the National Security Advisers, accompanied by the Foreign Secretaries, met in Bangkok today.

Discussions were held in a candid, cordial and constructive atmosphere.

They were guided by the vision of the two leaders for a peaceful stable and prosperous South Asia.

Discussions covered peace and security, terrorism, Jammu and Kashmir, and other issues, including tranquility along the LoC.

It was agreed to carry forward the constructive engagement.