Masked men and women, armed with sticks and stones, barged into the JNU campus this evening and beat up students and teachers, spreading chaos and terror. 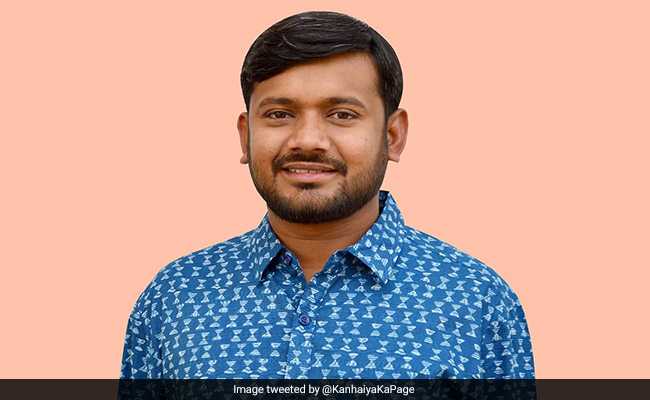 Kanhaiya Kumar said students will unite against the government (File)

The BJP-led central government has been waging war on students across the country ever since it came to power, former Jawaharlal Nehru University Students' Union (JNUSU) president Kanhaiya Kumar said on Sunday, hours after masked men and women attacked students and teachers at JNU. Over 40 students and faculty members were injured in the attack.

"How shameless is this government. First they increase the fee, if the students protest, they make the police thrash them. If the students don't budge, the government sends goons to attack them. Ever since they came to power, they have been waging war against students across the country," he tweeted in Hindi.

"I say again, you can try to suppress, but India's students will rise again, and they will together foil your conspiracy against the Constitution and the poor," he added.

Masked men and women, armed with sticks and stones, barged into the JNU campus this evening and beat up students and teachers, spreading chaos and terror.

JNUSU president Aishe Ghosh suffered a head injury in the attack and is undergoing treatment at Delhi's AIIMS.

The students' union tweeted that the attackers were "unknown ABVP goons" and were even beating up professors trying to protect students.

JNUSU vice-president Saket Moon said, "The police have been in the campus since afternoon, but they have done nothing".

The ABVP - a student body linked to the BJP - said their members were "brutally attacked by students affiliated to leftist student organizations SFI, AISA and DSF". "Around 25 students have been seriously injured in this attack and there is no information as to the whereabouts of 11 students. Many ABVP members are being attacked in hostels and the hostels are being vandalized by the leftist goons," the ABVP tweet read.

The education ministry has condemned the incident.

"It has come to Ministry's notice that a group of masked people entered the JNU campus today, threw stones, damaged property and attacked students. This is very unfortunate and highly condemnable, such acts of violence and anarchy will not be tolerated," he tweeted.

The Opposition, meanwhile, has also condemned the attack. "The fascists in control of our nation, are afraid of the voices of our brave students. Today's violence in JNU is a reflection of that fear," Congress leader Rahul Gandhi tweeted.