Umar Khalid, who returned to JNU on Sunday, is one of the main accused in the case.

New Delhi: JNU students Umar Khalid and Anirban Bhattacharya, accused of sedition, have surrendered before the Delhi Police, hours after the High Court refused to give them any protection from arrest.

The two students, who had been camping at the JNU campus since Sunday night, surrendered at midnight. They drove from the administrative block to the main gate of the university and were escorted in a private security vehicle to an undisclosed location.

Mr Khalid and Mr Bhattacharya are likely to be produced before a magistrate today. 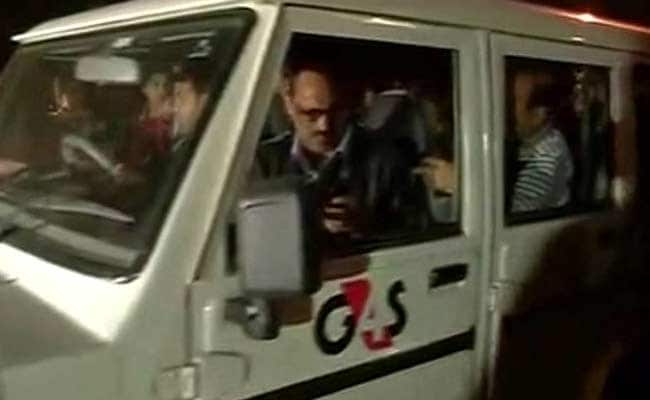 Umar and Anirban were escorted in a private security vehicle to an undisclosed location.

The students had moved the High Court for protection to surrender and requested that they be allowed to do so at a secret location. They cited the attack on their arrested comrade Kanhaiya Kumar, who was attacked last week when he was being taken to court for a bail hearing.

The police, however, told the court that they would not be able to manage law and order at a location chosen by the students.

The court said: "You can't use your whim and fancy. You have to follow the procedure, surrender or arrest. You have to be produced before a magistrate and he will decide whether you go into police custody or jail."

Umar Khalid and Anirban have been accused of organizing an event on February 9 to mark the anniversary of the hanging of terrorist Afzal Guru, in which anti-India slogans were raised.

Kanhaiya Kumar was arrested earlier this month for his alleged role in that event. He is in the Tihar Jail. His bail plea will also be heard by the high court today.

On Sunday night, Umar Khalid, Anirban and three other students accused of sedition, missing for days, showed up on the JNU campus and challenged the police to arrest them. The police were not allowed to enter the campus and said the students must surrender.