Jharkhand BJP chief Deepak Prakash said the state government must take the matter seriously and only a CBI inquiry can reveal the truth. 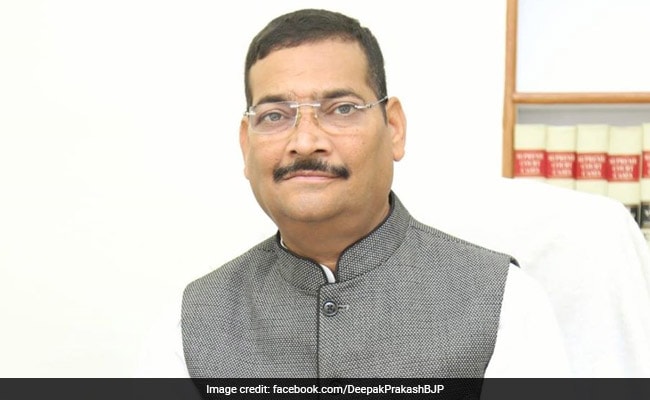 Jharkhand judge's death: Deepak Prakash said the matter is related to the "world of crime".

Jharkhand BJP president and Rajya Sabha MP Deepak Prakash expressed shock over the death of Dhanbad additional district judge and said this was not an accident but a murder in broad daylight, and asked the state government to recommend a CBI probe in the case.

Speaking to ANI, Mr Prakash said, "There is no such thing as law and order in Jharkhand. Law and order has been destroyed. The way the state government has failed to establish law and order, the common man is insecure. The incident of Dhanbad is a testimony to the fact that a judge has been murdered and the government is not serious regarding the issue."

"The government should immediately recommend a CBI probe because it looks like this case has a connection with a deep-rooted conspiracy," he added.

Mr Prakash further added, "If a judge is murdered then the matters are serious and sensitive. We can say that this matter is definitely related to the world of crime and criminals."

"I have read in the media that many cases were pending with him and he was about to deliver a verdict. The state government should take it seriously and only a CBI inquiry can reveal the truth," he added.

His remarks come after additional district judge Uttam Anand was allegedly run over by an auto-rickshaw driver while the former was out for jogging on Wednesday morning.