To be sentenced next week, autorickshaw driver Rahul Verma and his accomplice Lakhan Verma were arrested a month after the murder 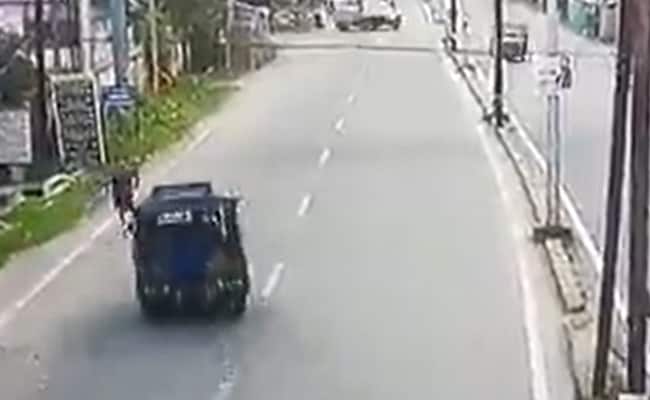 CCTV footage showed the judge was jogging on a side when autorickshaw hit him from behind. (File)

Exactly a year after a judge was run over by an autorickshaw in Jharkhand, a special CBI court in Ranchi today convicted both the accused of murder. The sentence will be announced next week.

The Jharkhand High Court was monitoring the probe into the hit-and-run. The trial began this February as the special court framed charges against the two accused, driver Rahul Verma and his accomplice Lakhan Verma, both from Digwadih in Dhanbad. They were arrested around a month after the murder and were not granted bail.

Additional Sessions Judge Uttam Anand, 49, was run over while he was out on a morning jog around 5 am on July 28, 2021. Security camera footage showed he was jogging on one side of a fairly wide road when the autorickshaw veered towards him, hit him from behind and fled the scene, killing him.

He had been handling many cases of mafia killings in Dhanbad and had rejected bail requests from two gangsters. He was also hearing a murder case involving an MLA's close aide.

Even the Supreme Court took up the case on its own two days after the murder, saying it had "wider ramifications". The case was then handed by the state government to the Central Bureau of Investigation (CBI), which took over on August 4 and filed its chargesheet around two months later.

The CBI later had to change its team after the Jharkhand High Court said it seemed the agency was trying to quit the probe and protect the accused.