When she had visited Jharkhand five years ago, she wondered how patients were carried in ambulances considering the poor condition of roads, Smriti Irani said. 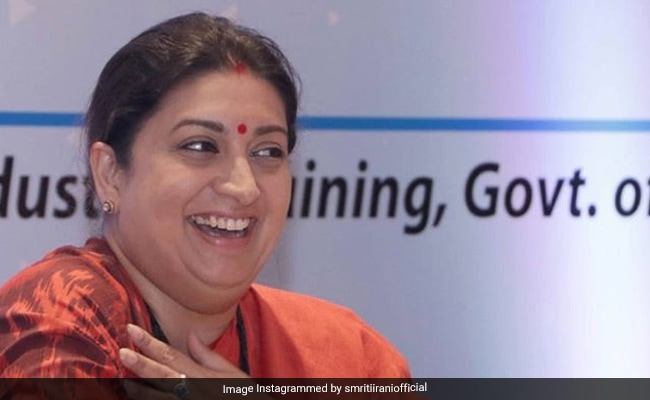 Union Minister Smriti Irani on Sunday said the BJP governments at the Centre and Jharkhand have taken steps to ensure development of the state by increasing the road network and improving access to healthcare facilities.

When she had visited Jharkhand five years ago, she wondered how patients were carried in ambulances considering the poor condition of roads, the Union Minister for Women and Child Development said.

"But now, the Raghubar Das government has laid a network of roads even in villages and ensured health facilities to 2.25 lakh patients. Earlier, family members used to carry patients on cots to take them to hospitals. Now ambulances are reaching the doorsteps of the sick," she said.

The Modi government at the Centre and the BJP government in Jharkhand have also initiated measures to empower women, the Union minister said.

"Modiji says that for the real progress of the nation, women should occupy important roles. Both the Central and the state governments are taking steps to empower women in every sphere," Smriti Irani said.

She also praised the BJP government at the Centre and in the state for constructing toilets, which has helped women from poor families.

The BJP government has helped the poor get foodgrains through its various welfare schemes, she said.

Smriti Irani asked people to vote for the BJP to enable the state continue with its development journey.

Chhatarpur is among the 13 of the 81 constituencies going for polls in the first phase on November 30.