Jayalalithaa's Illness And Death: What the Reports From AIIMS Say 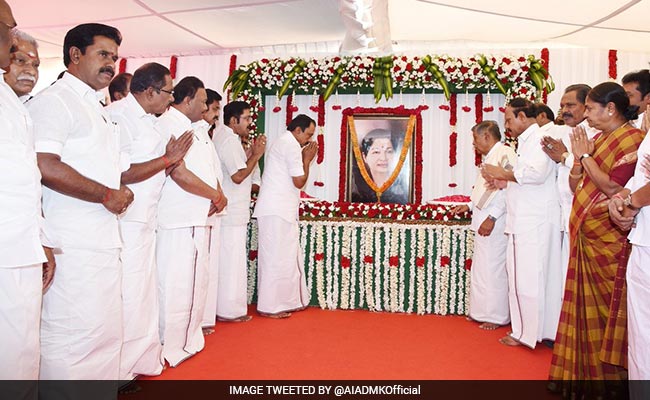 New Delhi: J Jayalalitha suffered a massive cardiac arrest on the evening of December 4, 2016, and never recovered, said a medical report released by Delhi's All India Institute of Medical Sciences, which had sent a team of experts to Chennai to treat the former Tamil Nadu Chief Minister.

The state government today released the report. Along with that, it released a communique detailing the circumstances of Ms Jayalalithaa's hospitalisation and death, explaining at the outset that it was meant to quell "needless speculation" and "statements by some political leaders regarding her death".

Throughout the 75-day hospital stay of Ms Jayalalithaa, there has been speculation about her health, with many wondering whether the gravity of her true condition was largely hidden from the public.

The AIIMS reports of four separate visits of its experts to the Chennai Apollo Hospital -- released by the government today -- said Ms Jayalalithaa, who was suffering from various chronic ailments including diabetes, had been hospitalised on September 22 with fever.

On December 5, the AIIMS experts were told that Ms Jayalalithaa had suffered a cardiac arrest the previous evening, around 4.30 pm. She was on life support but there was no neurologic improvement.

"All parameters denoted futility of life support," the AIIMS report said, adding it was decided that the next step will be taken after discussion with the family.

The former Chief Minister was declared dead on December 5 by doctors of the Apollo hospital.

In between, the experts had visited twice -- on September 26, when she had been put on ventilator after suffering severe breathlessness. Her condition had improved after surgery.

On October 9, AIIMS experts said, Ms Jalayalalithaa was found to have fluid in her lungs and was put on life support. By December 3, she had improved enough to sit on a chair for 20 minutes, but was unable to stand due to muscular weakness.

Promoted
Listen to the latest songs, only on JioSaavn.com
The TN government had asked AIIMS on March 5 to hand over the "visit notes" of its specialists for its official records. The papers were handed over by V Srinivas, the Deputy Director (Administration) at AIIMS to J Radhakrishnan of the Tamil Nadu Health Department.