The list of Jaya Bachchan's movable assets includes a pen worth Rs 9 lakh and watches worth Rs 51 lakh. 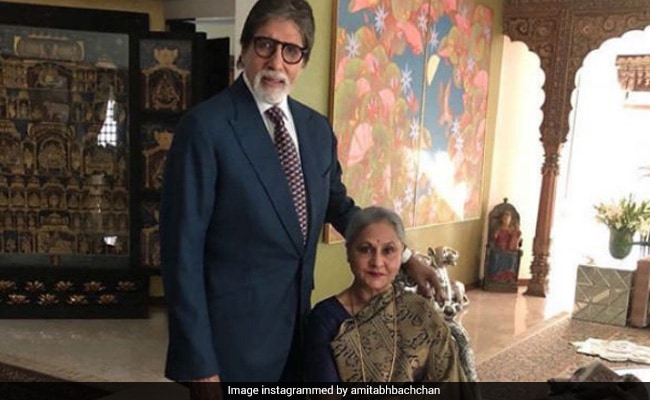 Lucknow: Actress-turned-politician Jaya Bachchan has declared movable and immovable assets worth Rs 493 crore in her affidavit to the Election Commission.

The three-term Rajya Sabha MP of the Samajwadi Party in the affidavit submitted to the poll panel while filing nomination for her fourth straight term has declared that her assets along with that of her husband, Bollywood megastar Amitabh Bachchan, have doubled since her last such affidavit in 2012.

According to the affidavit, the 69-year-old politician, together with her husband, has immovable assets worth over Rs 460 crore, and their movable assets are valued at Rs 540 crore, much above the Rs 343 crore declared in 2012.

The list of her movable assets includes a pen worth Rs 9 lakh and watches worth Rs 51 lakh, though less expensive than what her husband Amitabh Bachchan owns -- watches worth a whopping Rs 3.4 crore.

The couple own a 3,175 square metre residential property in Brignogan Plages in France other than plush properties in Bhopal, Noida, Delhi, Pune and Mumbai, and in Gandhinagar and Ahmedabad.

Promoted
Listen to the latest songs, only on JioSaavn.com
Amitabh Bachchan has been shown as owning a Rs 5.7-crore three-acre plot in Daulatpur area of Barabanki district and the Rajya Sabha MP herself owns a Rs 2.2-crore agricultural land measuring 1.22 hectare in Kakori area of Lucknow.

Poll panel officials say that with assets adding up to almost Rs 1,000 crore, Jaya Bachchan could well be walking into the Rajya Sabha as the richest lawmaker at present.
Comments
Jaya BachchanAmitabh Bachchan