Hasnain Masoodi said that a BJP leader suggested having the rider of domicile status for outsiders buying land in the state, indicates that the Modi government is now wary of its decision. 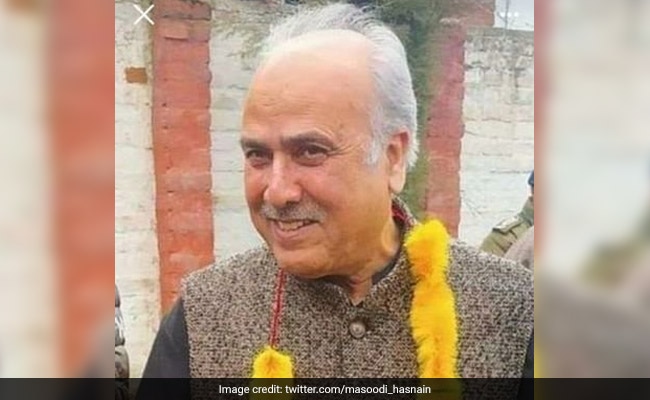 National Conference leader and Anantnag MP, Justice (retd) Hasnain Masoodi, has urged the Central government to put decisions related to Jammu and Kashmir, like dividing the state into two Union Territories (UTs), on hold before its repercussions start unfolding.

Speaking to IANS, Masoodi said that a BJP leader suggested having the rider of domicile status for outsiders buying land in the state, indicates that the Modi government is now wary of its decision.

This suggests that the resentment is growing and the government now wants to pacify its people, he added.

"Two years ago, there had been strong protest in Jammu itself against a mineral and mining concession order in which outsiders were given permission. It was the BJP which had fiercely opposed it," said the former J&K High Court judge.

Masoodi said the issue of Articles 370 and 35A is not only an emotive one but also associated with the state's autonomy, special status and territorial integrity.

Amid massive military build-up and tight security in J&K, the Parliament on Tuesday passed the resolution to nullify Article 370 and a bill to bifurcate the hill state into two UTs of Jammu & Kashmir and Ladakh.

"I think all the steps that government has taken should be put on hold. Then assembly election should be held there. All stake-holders should be consulted. If the government feels that there are certain areas where something needs to be done, then take everyone on board. If there is some reservation against some law, then change it," said the MP.

Terming the government plan as ill-conceived, Masoodi said that the move would only add to the bitterness and resentment on the ground.

"You cannot cut off the head to get rid of the headache. People are in shock. There is not one thing that has been done. Many things have been done in one go," he said.

Have Established Faith In People That It's Possible To Fight Corruption: PM Modi