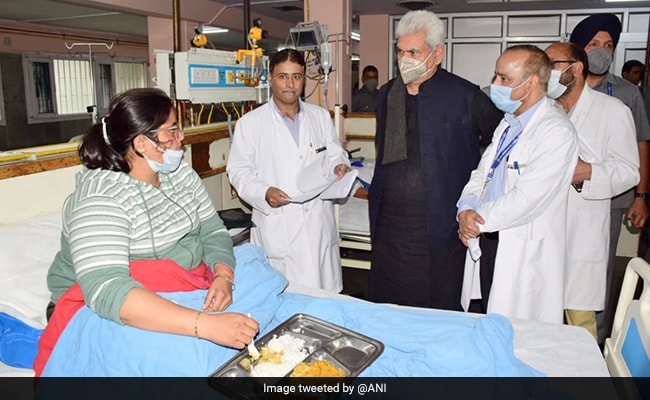 The 43-day Amarnath yatra began after a gap of three years on June 30.

Jammu and Kashmir Lieutenant Governor Manoj Sinha on Saturday visited Sher-i-Kashmir Institute of Medical Sciences (SKIMS) Srinagar to enquire about the health of pilgrims who were injured in yesterday's incident of cloudburst in the lower reaches of Amarnath cave.

"The relief and rescue operation is underway. All teams including NDRF, SDRF, Indian Army, and State forces are working in coordination. It is difficult to predict the exact time to complete the rescue operation," Lieutenant Colonel Sachin Sharma told reporters.

"So far 28 injured patients have arrived out of which some severely injured have been shifted to Srinagar. A total of 8 choppers including Air Force and Army helicopters are in use for the rescue," Sharma said.

While in Baltal, people who were safely evacuated from Amarnath cave to Panjtarni, Sangam base, appreciated the efforts of the Indian Army.

"When the rains came the army helped us a lot. They send some people to Baltal and some to Panjtarni. They supported us a lot and moved people from the cave to safety," one of the survivors told ANI.

"The way Jawans saved us. I salute them," said an elderly woman.

A cloudburst incident took place at the holy cave area of Amarnath on Friday which resulted in a heavy discharge of water in the 'Nallah', adjoining the holy cave.