Kashmir infiltration bid: The forces recovered one AK-47, one pistol and two grenades, besides six packets of heroin with a market value of Rs 30 crore. 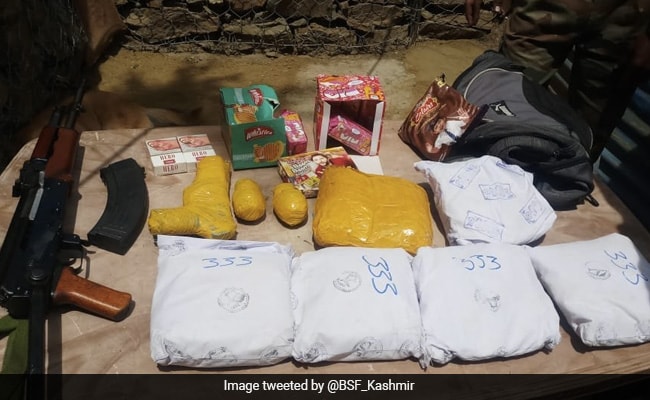 Kashmir infiltration bid: 7 Rashtriya Rifles, 87 battalion of BSF and police were part of the operation.

The security forces foiled an infiltration bid in the Tangdhar sector of North Kashmir's Kupwara district and has recovered arms, ammunition and drugs left behind by the infiltrators, the Jammu and Kashmir police informed on Friday.

According to the police, 7 Rashtriya Rifles and 87 battalion of Border Security Force (BSF) were part of the operation along with the police.

Kashmir Zone Police took to Twitter to inform about the infiltration bid.

The arms and ammunition recovered include one AK-47, one pistol and two grenades.

As many as six packets of heroin with a market value of around Rs 30 crore were also recovered, it said.

Meanwhile, one unidentified terrorist was killed by security forces in an encounter that broke out in the Hanjipora area of Shopian in Jammu and Kashmir earlier in the day.

Kashmir Zone Police said that the operation is still in progress.