Jal Jeevan Mission: PM Narendra Modi said, "Today, water is reaching every household in about 1.25 lakh villages in about 80 districts of the country. That is, today's India has done more work in just two years than what was done in the last seven decades." 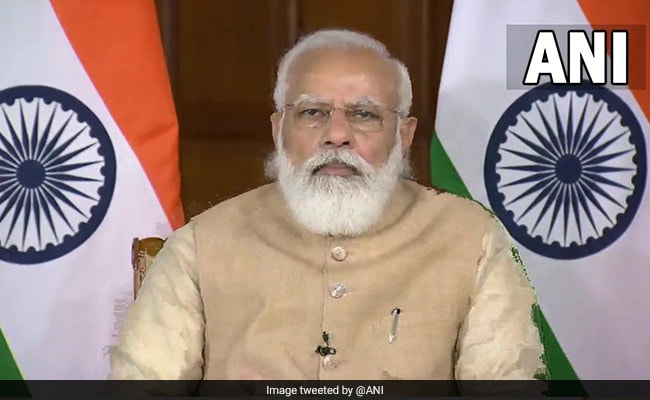 "More work done in just two years than what was done in the last seven decades," PM Modi said

Since the launch of the Jal Jeevan Mission in 2019, five crore households have got water connection and now tap water is reaching every household in about 1.25 lakh villages, Prime Minister Narendra Modi said today, asserting that today's India has done more work in just two years than what was done in seven decades.

Speaking after interacting with gram panchayats and pani samitis / village water and sanitation committees (VWSC) on the Jal Jeevan Mission, PM Modi said the mission is not just about bringing water to people but it is also a decentralisation movement that is village and women-driven.

"From the time of Independence till 2019, only three crore households in our country had access to tap water. Since the launch of the Jal Jeevan Mission in 2019, five crore households were provided with water connections," he said.

"Today, water is reaching every household in about 1.25 lakh villages in about 80 districts of the country. That is, today's India has done more work in just two years than what was done in the last seven decades," he said.

In aspirational districts, piped water connections have risen from 31 lakh to over 1.16 crore, the Prime Minister said.

PM Modi said it has to be ensured that the situation of bringing water to any part of the country through tankers or trains never arises.

In an apparent dig at previous Congress dispensations, he said for a long time those who were responsible for policy-making lived in abundance of water.

"They had water at their homes and in their swimming pools," PM Modi said.

"They had not seen poverty and it was just an attraction for them. It was just a means for them to show off knowledge. They should have strived for an ideal village but they kept liking the shortcomings in the villages," he said.

The Prime Minister also launched the Jal Jeevan Mission app for improving awareness among stakeholders and for greater transparency and accountability of schemes under the mission.

He also launched the Rashtriya Jal Jeevan Kosh, where any individual, institution, corporate or philanthropist, be it in India or abroad, can contribute to help provide tap water connection in every rural household, school, anganwadi centre, ashramshala and other public institutions.

Out of over six lakh villages, pani samitis / VWSCs have been constituted in around 3.5 lakh villages. More than 7.1 lakh women have been trained to test the quality of water by using field test kits.

To realise the Prime Minister's vision of 'Sabka Saath, Sabka Vikas, Sabka Vishwas, Sabka Prayas', and following the 'bottom up' approach, the Jal Jeevan Mission is implemented in partnership with states with a budget of R 3.60 lakh crore, according to the PM's Office.

Further, Rs 1.42 lakh crore has been allocated to panchayati raj institutions as a tied grant under 15th Finance Commission for water and sanitation in villages for the period 2021-22 to 2025-26, the statement said.