Rain in Bihar, UP: Districts of Ballia, Varanasi and Jaunpur in eastern UP, along the border with Bihar, mare among the worst-affected in the state, while in Bihar the capital city of Patna came to a near-standstill over the weekend after some areas were flooded under several feet of water 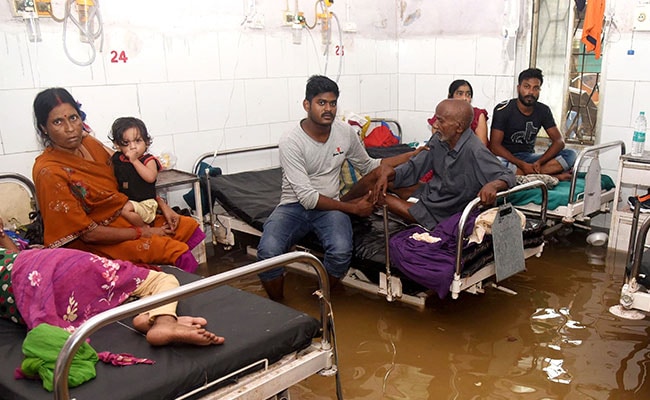 Heavy rain has killed more than 130 people across Uttar Pradesh and Bihar over the past week, forcing the transfer of nearly 900 prisoners from a district jail, leading to the flooding of a hospital and the rescue of Bihar Deputy Chief Minister Sushil Kumar Modi from his residence. It has also affected rail services with at least seven trains between eastern UP and Bihar cancelled and a further six diverted, as well as leading to the collapse of thousands of houses in rural areas of both states and acres of farm lands becoming submerged.

The districts of Ballia, Varanasi and Jaunpur, located in eastern UP along the border with Bihar, are among the worst-affected in the state, where 93 people have died. In Bihar, the capital city of Patna came to a near-standstill over the weekend after several parts of the city, including up-scale residential areas like Pataliputra Colony and Rajendra Nagar, were submerged under several feet of water. 27 people have been reported dead in Bihar because of rains.

The Nalanda Medical College Hospital, which is spread across 100 acres and is the second-largest government-run healthcare facility in Patna, was flooded forcing doctors and paramedical staff to carry out their work in knee-deep water.

The hospital experienced similar flooding last year, when the Intensive Care Unit (ICU) was flooded and fish were spotted swimming inside the ward.

More than 30 boats and 19 NDRF teams have deployed across Patna.

Bihar Chief Minister Nitish Kumar, whose JDU government has asked the Indian Air Force for help, drove through affected localities in Patna this morning to survey the situation.

Deputy Chief Minister Sushil Modi and his family were among hundreds rescued after being stranded in their homes. Mr Modi was seen being taken in an inflatable rubber boat along with other people. 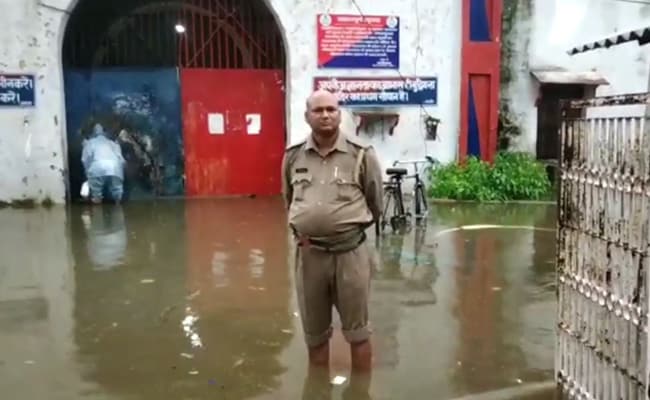 Of the 500 inmates shifted from Ballia Jail to Azamgarh Jail, 45 were women

Meanwhile, in eastern UP's Ballia district, authorities were forced to evacuate a jail that contained 863 prisoners; the jail had been designed to hold only 350. Inmates from the Ballia jail buildings, which are located in low-lying areas near the Ganges River, have been shifted to Azamgarh and Ambedkarnagar jails.

"After four days of continuous rain the jail has been flooded. There are heavy floods outside also, because of which we are not able to pump water outside jail buildings," Ram Ashray, Additional District Magistrate (Balia), said.

Trains from the Ballia region to Chhapra in Bihar have been hit, with Mahesh Gupta, a public relations officer for North Eastern Railway, telling news agency PTI that "efforts are on to repair the track. Normal traffic will resume by late night".

The weather office has warned of heavy rain and thundershowers in both eastern and western parts of Uttar Pradesh over the next 24 hours. Similar warnings have been issued for Bihar and Jharkhand.

Chief Minister Yogi Adityanath's government has said it is doing everything it can to help rescue those stranded. The Union Home Ministry has said it is monitoring the situation in UP as well as Bihar.

Rain-related deaths were also reported from Jharkhand, where three members of a family died in Dumka district after a wall collapsed on them. 13 deaths were reported on Saturday from Uttarakhand, Madhya Pradesh and Rajasthan. In Gujarat, three women drowned after their car was swept away in Rajkot district on Sunday.

With inputs from Reuters, PTI