Asked about the S-400 air defense systems deal between Russia and India and the US stance on it, he said Russia truly appreciates India's position as far as the S-400 deal is concerned. 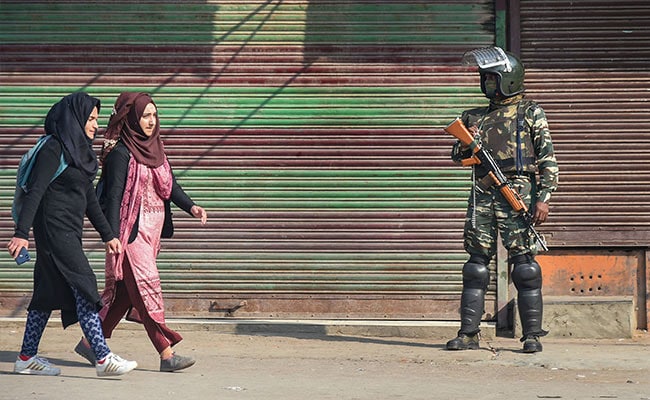 The situation in Jammu and Kashmir is an internal matter of India and not an issue in Indo-Russia relations, Russian envoy to India Nikolay Kudashev has said.

Mr Kudashev said he did not receive any invitation to be part of the group of 15 envoys, including the US ambassador to India, that visited the Kashmir valley on Thursday where they interacted with select political representatives, civil society members as well as the military top brass.

"I have never seen an official invitation to be part of this team. This was not a private journey... My colleagues (other envoys) got the invitation. It was their sovereign decision to travel. If I have one (an invitation), I would consider it," he told reporters.

"Quite frankly, we believe that the situation there (Kashmir) is strictly an internal matter of India. Russian diplomacy is not in the habit of commenting on internal developments of our friendly partners. If anyone (who) has any questions on Kashmir can travel there... we do not have any questions," he added.

The visit by the envoys was the second one of a foreign delegation to Jammu and Kashmir since August 5. Earlier, Delhi-based think tank International Institute for Non-Aligned Studies took 23 EU MPs on a two-day visit to assess the situation in the union territory.

Asked about the S-400 air defense systems deal between Russia and India and the US stance on it, he said Russia truly appreciates India's position as far as the S-400 deal is concerned.

"India's commitment is there to implement it and to continue it. As far as we are concerned, there are no issues with us," Mr Kudashev said.

He also said the delivery of the first batch of missiles will come by the end of this year or early 2021.

"There are no issues on the payments. No complaint as far as I can understand. The contract is being implemented safely," he added.

His remarks come days after a senior US official said the Trump administration does not want to degrade India's defence capabilities. The official asserted that there will be a case-by-case analysis on where punitive measures under the CAATSA could be applied on countries buying significant military equipment from Russia.

Responding to a question on implications of India going ahead with its decision to purchase S-400 missile defence system from Russia, the official had said: "I know India has expressed valid concerns... they don't want to have a sustainment line completely shut down... That's the last thing we want to do with a significant partner. We don't want to degrade their defence capabilities".