"It's Welcome": Rajinikanth On BJP's Poll Promise Of Interlinking Rivers

Interlinking of rivers is among the promises made in the BJP's manifesto for the 2019 Lok Sabha polls released on Monday by Prime Minister Narendra Modi. 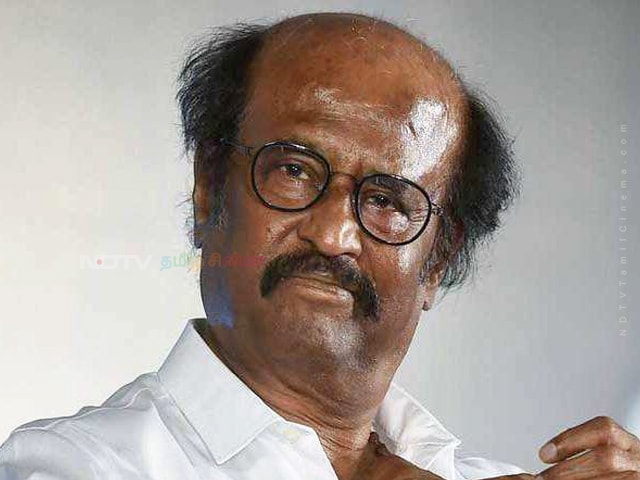 Rajinikanth has made it clear that he would neither contest this Lok Sabha elections.

Superstar Rajinikanth on Tuesday welcomed the BJP's poll promise of implementing river inter-linking and said the initiative would address the issue of poverty as it would lead to upliftment of farmers and employment for crores of people.

Speaking to reporters, he made it clear there was no change in his stand of not supporting any political party in the coming Lok Sabha elections bypolls to Tamil Nadu assembly.

Interlinking of rivers is among the promises made in the BJP's manifesto for the 2019 Lok Sabha polls released on Monday by Prime Minister Narendra Modi.

"I've been pushing for inter-linking (of rivers). BJP has said it would form a commission for interlinking of rivers. It's welcome," he said.

Noting that interlinking of rivers was a dream of former prime minister AB Vajpayee, the superstar recalled he had taken up the issue with the former when he met him and suggested that it be christened "Bhagiratham Yojana."

Bhagiratham means making the impossible possible. "By God's grace and if people give the BJP a chance to form the government at the Centre for the second time, the party should inter-link rivers," the 69-year-old star said.

If the project was implemented, it would go a long way in eradicating poverty while several crores of people would get jobs and the lot of farmers would improve, he added.

In 2017, Rajinikanth had met a delegation of farmers and assured them of his support to their plea for interlinking rivers and pledged Rs one crore for the purpose.

On whether he would extend support to his contemporary and Makkal Needhi Maiam president Kamal Haasan, Rajinikanth said he had already expressed his stand.

"Already I have conveyed it. I don't want to talk about it anymore. I request the media to not spoil our friendship (with Kamal Haasan), he said.

In February, Rajinikanth has made it clear that he would neither contest this Lok Sabha elections or the by-poll for the assembly seats in Tamil Nadu. He had said he was not extending support to any party.

In December 2017, the actor, who has a large fan base, had said he would launch a political party that would contest all the 234 assembly constituencies in the state, an indication that he has set his eyes on the state polls.