The force, as per data accessed, has about 333 couples (where the husband and wife serve in the ITBP) and a number of personnel prefer a spouse from within the organisation 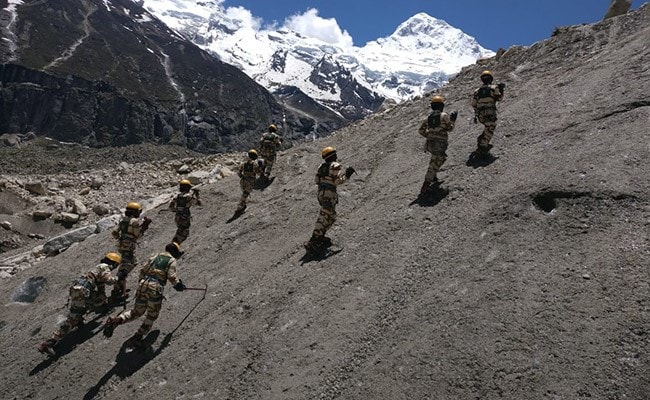 In a first for paramilitary forces, the Indo-Tibetan Border Police (ITBP) has developed a matrimonial portal for unmarried, widowed and separated personnel to help them find a suitable "soulmate" within their service. The mountain warfare-trained force, primarily tasked with guarding the Line of Actual Control (LAC) with China, has about 25,000 unmarried men and 1,000 women in its various ranks at present, officials told PTI.

A number of these personnel are posted and deployed in remote border locations and far-flung areas and it becomes an "uphill task" for them and their families to find a suitable match, a senior Indo-Tibetan Border Police (ITBP) official said.

The force, as per data accessed, has about 333 couples (where the husband and wife serve in the ITBP) and a number of personnel prefer a spouse from within the organisation as government rules allow preferential posting for couples at the same location, the official said.

Considering the hard life ITBP personnel face in postings along the mountainous border, such a step of serving together brings much-required relief to couples, officials said.

Keeping these issues in mind, ITBP Director General SS Deswal recently asked the Information Technology (IT) wing to develop a matrimonial portal to alleviate the problem of separated posting among working couples.

The portal ensures safe matches as only information from an individual's service record is uploaded, thereby removing the furnishing of false data about eligible candidates, the official said.

A link for the portal was launched on December 9 on the ITBP's official website.

"There have been 150 registrations on the portal till now. We sincerely hope that more interested eligible personnel will register and find the new online service useful. The portal can be used by unmarried, widowed and separated personnel," ITBP spokesperson Vivek Kumar Pandey told PTI.

Vital service details - like rank, date of joining, home town and current posting, as well as photograph, will be visible. Candidates cannot add or delete data but they will have the choice to allow or disallow display of personal mobile number and email. Once a person expresses interest in contacting another, he or she will get an email and SMS.

A senior Home Ministry official has said there are about 2.5 lakh bachelors in the Central Armed Police Forces (CAPF) - these include the CRPF, the BSF, the CISF, the SSB, the NSG and the NDRF, as well as the ITBP - which has a combined strength of about 10 lakh personnel.

"This ITBP initiative is a smart idea to ensure that unmarried men and women in combat and other ranks find a suitable soulmate for themselves. This in-house matrimonial portal is also a secure way of sharing personal information. However, this is absolutely optional and personnel can well go beyond this method to find their life partner," the Home Ministry official said.

The ITBP - with an approximate strength of around 90,000 - was raised in the aftermath of Chinese aggression in 1962 and is also deployed for various internal security assignments, including anti-Naxal operations.