IT giant Infosys to open a campus in Indore 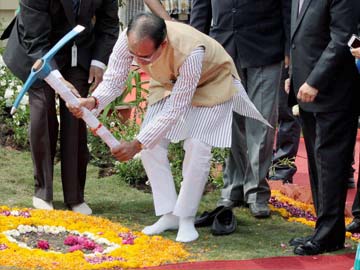 Bhopal: IT giant Infosys is about to set up its first campus in Madhya Pradesh. Chief Minister Shivraj Singh Chouhan and Infosys founder Narayana Murthy today laid the foundation stone for the new campus in Indore. It will be constructed on over 130 acres of land in the super corridor near the airport.

The campus will be constructed in two phases. In the first phase, the IT company has plans of investing Rs 400 crores and hopes to provided employment to 5,000 software professionals. Infosys hopes to complete the first phase by 2017.

Expressing his gratitude towards Mr Chouhan's government, Mr Murthy said he appreciated that the government was able to construct the super corridor on time and the smooth allocation of land to them for the campus. The Infosys founder also indicated that in the first phase of work, six months will be consumed in getting various clearances for the campus' construction.

Promoted
Listen to the latest songs, only on JioSaavn.com
Kailash Vijayavarghiya, minister of Urban Administration, Housing & Environment, who was also on the stage, assured that he will assist Infosys in getting all the necessary clearances and permission within six days.

Today marks a proud moment for the BJP government in the state, as Madhya Pradesh, which was among the least developed states in the country till a few years ago, is now emerging as a IT hub. Mr Chouhan said that there was a time that companies were hesitant in setting up their offices in Madhya Pradesh, and now because of the good work by the state government, there has been a turn around.