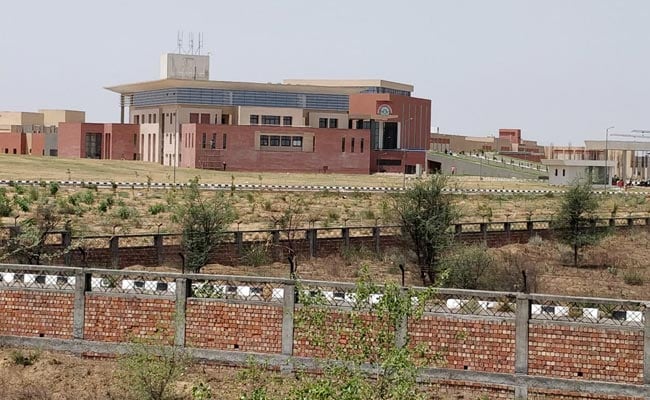 New Delhi: Two lawmakers or MPs have written letters to Human Resource Development Minister Prakash Javdekar complaining irregularities in the appointment of Director of IIM Rohtak. An RTI activist who got papers related to this appointment last year says norms weren't followed during the appointment process and has written to the President for action. 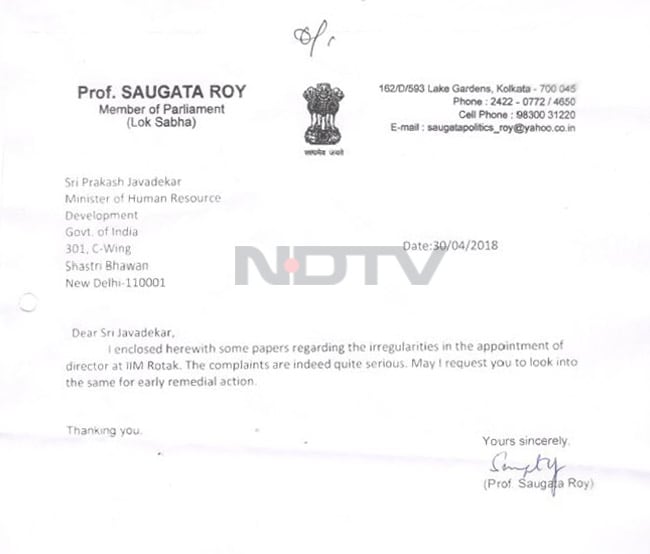 Letter of Saugato Roy sent to Mr Javdekar said, "I enclose herewith some papers regarding the irregularities in the appointment of Director at IIM ROHTAK. The complaints are indeed quite serious. May I request you to look into the same for early remedial action."

D Raja of CPI also sent a letter asking for inquiry into the matter. Mr Raja told NDTV, "Yes I have written to Mr Javdekar. This matter deserves to be investigated. Our IIMs are among the most prestigious educational institutes and we should be concerned about them. So I have written letter keeping the interest of the institution in mind and I hope our HRD minister will take action." 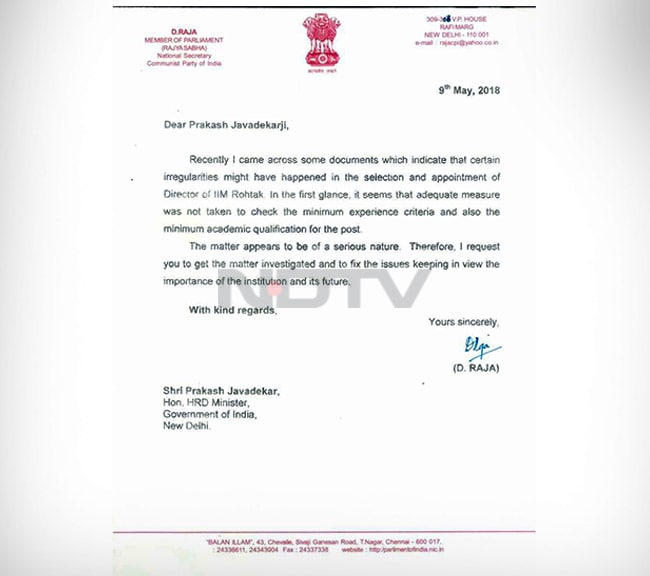 Dheeraj Sharma of IIM Ahemadabad was appointed as the director of IIM Rohtak last year. The eligibility criteria included outstanding academic record with first class in graduation and post graduation and 15 years of research and teaching experience. However, RTI activist from Calcutta Amitabh Chaudhary who is also member of National Campaign for People's Right of Information (NCPRI) said there is no clarity about Mr Sharma's educational qualifications and experience. He has written to President Ram Nath Kovind demanding an inquiry.

Mr Chaudhary said, "The paper (got through RTI) clearly say that one candidate professor Bhargava was rejected because he didn't have first class but there is no record to show that Dheeraj Sharma had first class in his graduation and post graduation. His bio-data (submitted with application form) also doesn't talk about it anywhere."

NDTV sent a detailed questionnaire to Dheeraj Sharma and also tried to contact him over WhatsApp and phone but got no response.

The minutes of search-cum-selection committee (SCSC) show that out of five members of the committee two were not even present during the decision making on the panel of candidates that was sent to Prime Minister's Office. 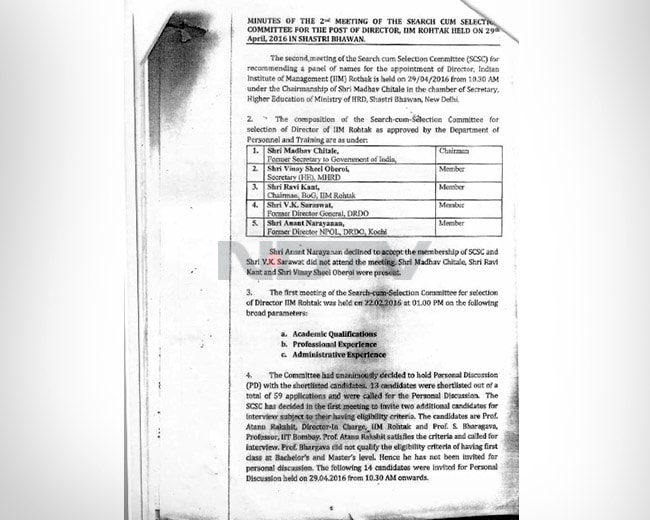 One member, Anant Narayanan, refused to be part of the committee and other member VK Saraswat wasn't present. Documents show that the names of the three candidates, who were recommended, were handwritten and there is no date with signatures of the committee members. 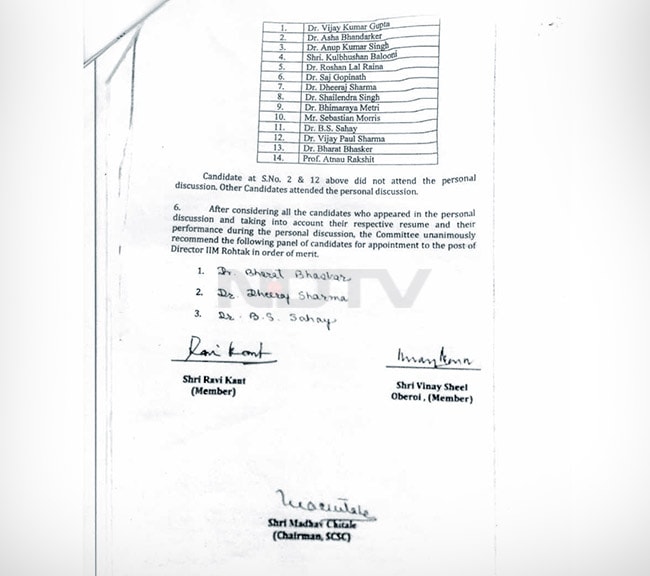 The then higher education secretary Vinay Sheel Oberoi was among the three who recommended the panel and experts say secretary's presence in the committee compromises the autonomy of institute.

HRD minister told NDTV that he hasn't received any letter of complaint till now and he would look in to the matter when receives one.