Ms Shamim was invited as the chief guest at an inter school quiz competition organised by Army's Ace of Spades Division. 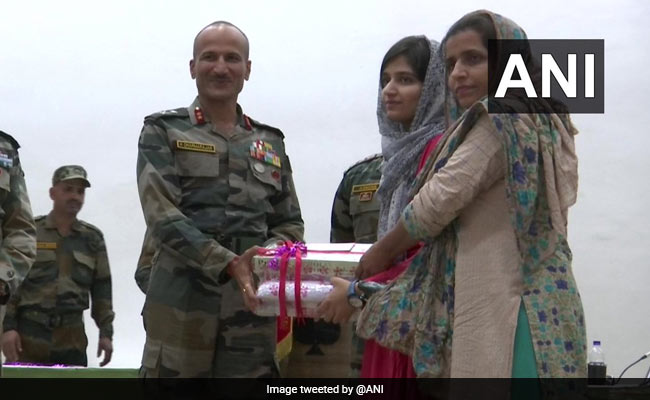 Irmim Shamim, the first Gujjar woman in Jammu and Kashmir's Rajouri district to qualify for All India Institute of Medical Sciences (AIIMS), was felicitated by Army at an event on Monday.

Ms Shamim was invited as the chief guest at an inter school quiz competition organised by Army's Ace of Spades Division.

At the event, Ms Shamim delivered a motivational speech to the youngsters.

The event was organised as part of Operation Sadbhavna that aims to empower young talent by a host of initiatives. 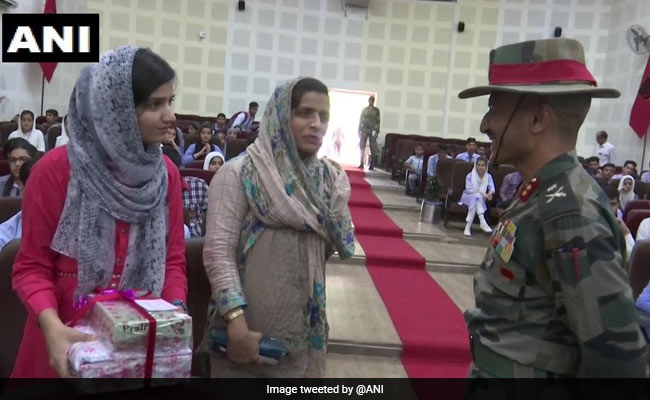 A total of nine schools participated in the quiz competition that was held at the Raina Auditorium. The candidates were divided in two categories - seniors (class XI and XII) and juniors (class VIII to X). The event was conducted in two phases. The best six teams in each category progressed to the final round.

The event was attended by a host of civil and military dignitaries.