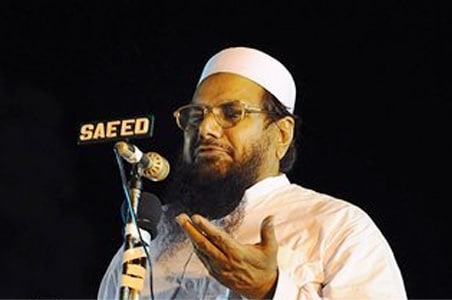 The CBI had approached the Interpol seeking a Red Corner Notice against Saeed for masterminding the 26/11 Mumbai terror attacks.

The investigating agency has collected all the papers from Mumbai Police which include the non-bailable warrants issued by trial court against Pakistan-based Saeed.

Non-bailable warrants were issued by a Mumbai Court on June 23 against Saeed and 22 others, including LeT operations commander Zaki-ur-Rehman Lakhvi and suspected military official Col R Saadat Ullah, for allegedly hatching a conspiracy to carry out the November 26, 2008 terror strikes.

Special Judge M L Tahaliyani had issued the warrants asking the Mumbai Police Commissioner and the CBI Director to execute them through the Interpol and produce the absconders before the court soon.