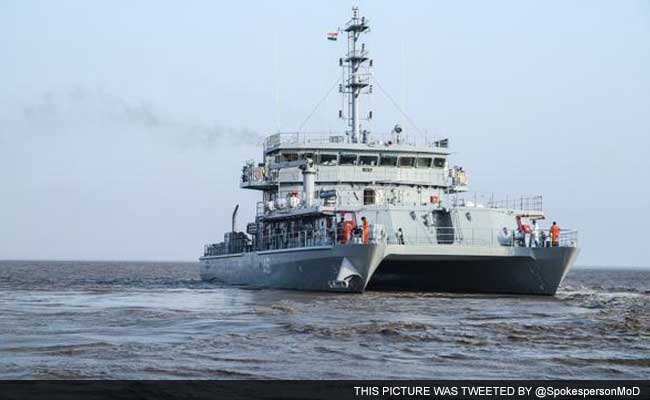 "The induction of INS Ashtradharini adds thrust to the country's ongoing endeavours at indigenisation and achieving India's goal of self-reliance in under-water weapons development," he added.

Admiral Soni later unveiled the commissioning plaque and dedicated the ship to the nation.

The design of the Astradharini is a collaborative effort of Naval Science and Technological Laboratory, Shoft Shipyard and IIT Kharagpur and has a unique design of a catamaran hull form that significantly reduces its power requirement and is built with indigenous steel.

Having a length of 50 metres, the vessel is capable to do speeds up to 15 Knots. It can operate at high sea states and has a large deck area with torpedo launchers for deploying and recovering various kind of torpedoes during the trials.

INS Astradharini will be used for carrying out the technical trials of underwater weapons and systems developed by NSTL, a naval systems laboratory of Defence Research and Development Organisation or DRDO. It is an advanced replacement for Astravahini, which was decommissioned on July 17 this year.

The ship has a complement of two officers and 27 sailors. Astradharini can accommodate 13 DRDO scientists and has the capacity to undertake multiple trials during a single sortie.